Strijbos and Brylyakov on the Russian GP 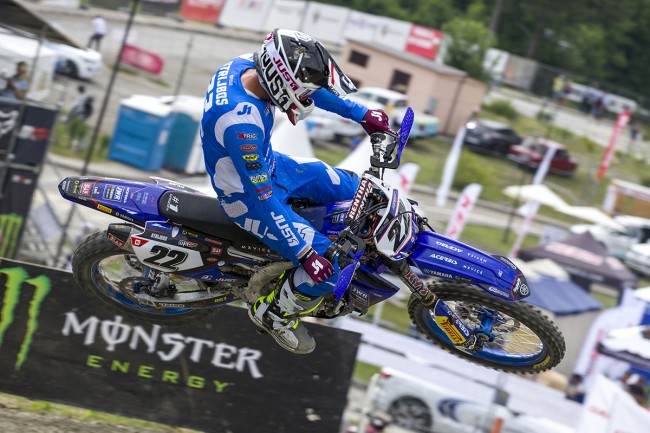 The JWR Yamaha Racing squad travelled to Orlyonok, in Russia, for round eight of the 2019 FIM Motocross World Championship this past weekend. 37,000 fans swarmed the hard-pack venue in an attempt to catch a glimpse of their home hero, Vsevolod Brylyakov. Brylyakov was eager to build on those positive rides that he has recorded in recent months.

The first premier-class race got off to a positive start for Vsevolod Brylyakov, as he put his YZ450F inside of the top fifteen. A mistake on lap two caused him to lose positions, but he still recovered to take nineteenth at the chequered flag and two points. The second stint followed a similar pattern but, unfortunately, he finished in twenty-first and just missed out on adding more points to his championship total. A total of two points left him in twenty-first overall. Twenty-third is the spot that he occupies in the standings after round eight of eighteen.

Kevin Strijbos was the best-placed pilot on the JWR Yamaha Racing squad at the Grand Prix of Russia, as he continued his charge towards the top ten. A fourteenth in moto one was a strong start to the weekend, as just nine seconds separated him from a spot in the top ten, and then he followed that up with a sixteenth in moto two. Sixteenth is also the position that he held in the overall classification. The seventeen points that were acquired also helped him leap past his teammate into twenty-second in the championship standings.

The JWR Yamaha Racing outfit will now turn their attention to round nine of the 2019 FIM Motocross World Championship, the Grand Prix of Latvia, which will be run in just a handful of days. Anton Gole and Tim Edberg are set to join their teammates, which will ensure the awning is at full capacity.

Kevin Strijbos: “The weekend was not too bad actually. I felt pretty good. In the first moto I got a good start and was running like tenth, but it was quite difficult in the beginning. I took some wrong lines in the first few laps, but after the first four laps I found my flow and things were going okay. The second moto was the same, but my start was a bit worse. A fourteenth and a sixteenth is okay. It is not great, but not bad. It could have been better, but I was happy to be there. I am looking forward to Latvia.”

Vsevolod Brylyakov: “The weekend was very tough and frustrating for me. I wanted to show something great and make the Russian fans happy, but it was really tough. I was trying to flow in free practice but had a big crash and was left with some scratches on my body. I struggled a little bit with small details. I am not really happy with my results, but the main goal was to leave healthy so that I can look forward to the next races. I will keep on working to achieve more. It was a great event for me anyway with many fans, friends and family. It was great to see them all!”