Stewart to race US GP? 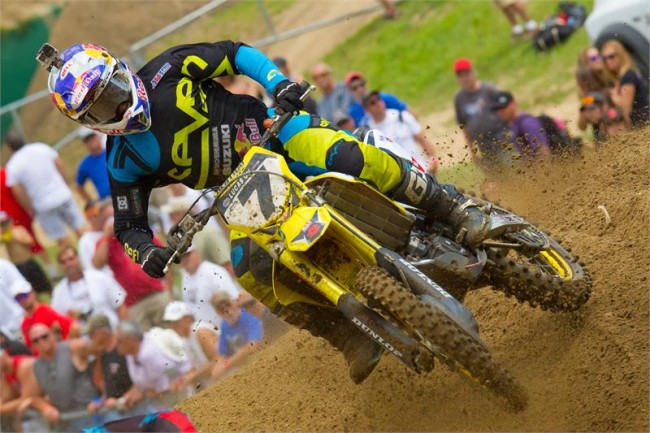 Europe’s biggest motocross website MX Large is reporting that they are hearing James Stewart may be racing at the US GP!

The rumour is also gathering momentum on US-based message board Vital MX with those with connections to Florida saying it is the Stewarts’ hometown track and they are hearing similar rumours that he will be racing!

Poster, generallee121, from Florida, said: “Heard this as well, that he’s in for Gatorback (USGP track). That’s as hometown track as his own compound can be, as you obviously already know Robbie, and he for sure will rip IF, and that’s a big IF, he’s been legitimately preparing accordingly.”

It would be a major coup for the series to get James racing for the first time this year and given the race is taking place on a local track not far from his home, if James is going to race anywhere this season, the US GP might be the most likely!

But even if he is familiar with the track and has the speed, would he have the fitness to run with Tomac, Herlings, Cairoli, Baggett and Gajser for two days?