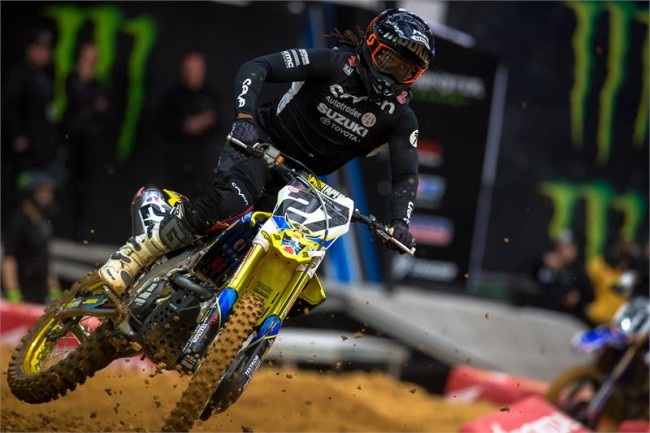 Stewart joins Weston Peick and Justin Bogle, who is returning from injury. Stewart has turned heads as a fill-in rider for Bogle, scoring back-to-back 11th place finishes after eight months away from racing and his talent, along with his positive attitude, made for an easy decision to provide support this weekend.

Said Stewart: “I couldn’t be happier to be with the Autotrader/ Yoshimura/ Suzuki Factory Racing Team for another weekend! It’s been great working with these guys the past couple weeks. Getting the opportunity to be with them for another race is awesome!”

Autotrader/ Yoshimura/ Suzuki Factory Racing Team Manager, Jeremy Albrecht, is excited to work with Stewart again. He said: “It has been great having Malcolm on the team. He gets along well with everyone, and he has a very positive attitude. We’re happy to say that he will be on the track this weekend and racing with us.

With regard to the team’s future plans of working with Stewart, Albrecht explained: “We are currently exploring to see what our options are for Malcolm to be on the factory Suzuki RM-Z450 for more races.”

The fourth round of the 2018 Monster Energy AMA Supercross series will take place at University of Phoenix Stadium in Glendale, Arizona on Saturday January 27th.