Stephen Sword on working with Mewse and Vaessen 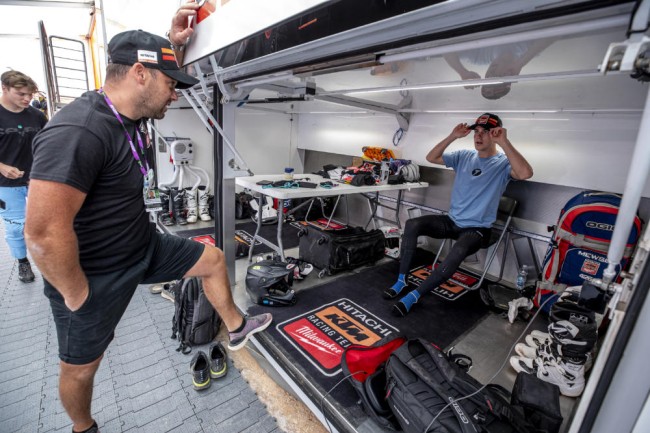 Stephen Sword recently caught up with Paul Malin and Lisa Leyland during a studio show at Mantova to discuss how things are going and what it’s like being back in the GP paddock as he’s the rider coach at the Hitachi KTM fuelled by Milwaukee KTM team.

“My relationship with Roger Magee, the team owner is good. We’ve known each other for a long time – 10 or 12 years. It nearly came about a little sooner than what it has but with sponsors like Hitachi and Milwaukee on board, he told me to be patient and he was sure something would come up soon. We got talking last year and we managed to put something together permanently and here I am back in the paddock”. 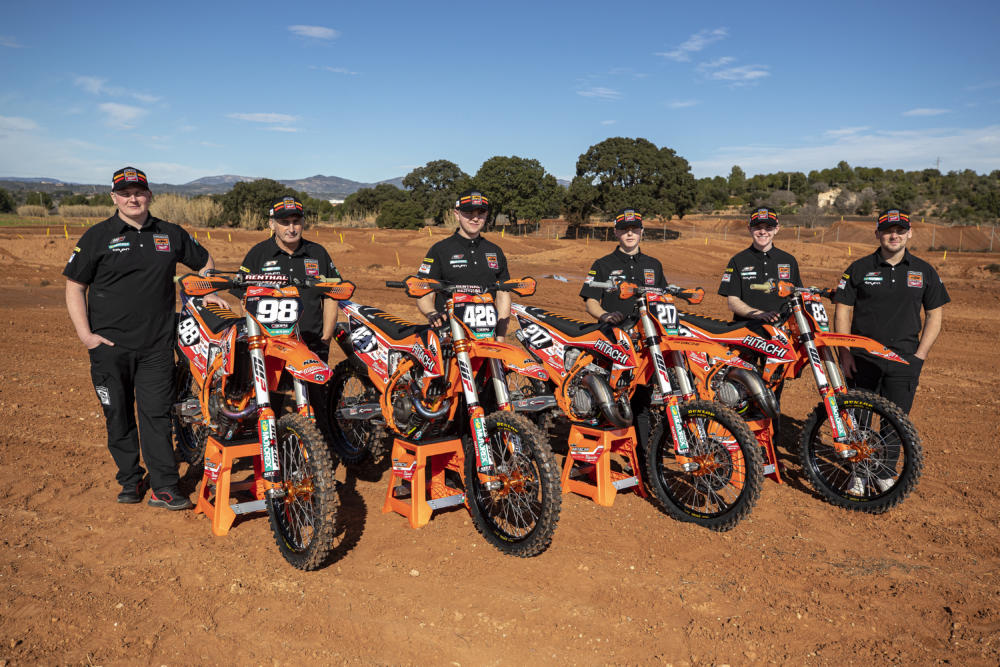 Sword knows a thing or two about racing Grand Prix motocross and has a great history himself but things have changed since he was a rider in the paddock.

“I think everything evolves, doesn’t it? We talk about your day (Malin’s) and we talk about my era but the guys seem to be getting faster. The profile has gone up another level but the thing that’s always there is the hard work which pays off the riders in getting results and winning championships. From my side and coaching the riders with Bas and Conrad, I take the experience I’ve gained over the years and try to install it into them. It’s about guiding them when maybe things aren’t quite right as well, it’s not just when things are going well – you have to be there when things aren’t so good too”.

Conrad Mewse has been improving step by step this year and Sword admits his consistency is something he’s been working on and needed to improve.

“Everyone knows how fast Conrad can be on the track, when he’s on form he’s certainly one of the ones that can run at the front every race. He’s getting older and he’s learned over the years, the aim for him is to get his first podium. He still hasn’t achieved that yet and that’s something we are all working towards. From my side, I also try to take the pressure off him, when he’s riding fast, smooth and easy, that is when you get the best out of him. It’s a balance between everything trying to get that first podium and it’s no different to Bas either. You saw at Valkenswaard he was running second and he’s aiming for the podium too – it’s nice to have him back too after a back injury”.

Sword knows there’s lots of talents in the MX2 World Championship so he’s working on the finer details and the last percentages needed so that Mewse and Vaessen can flourish.

“I mean I don’t need to tell them how to go round a corner, for me it’s about getting that last percentage which they need to be at the front. It’s the final piece that they need to get on the podium or to win races but there’s also another 10 or 15 guys that are trying to do the same. You try take the pressure off, push them when they need it and make sure all the boxes are being ticked off so when it comes to the weekend it’s just about focusing on the track”. 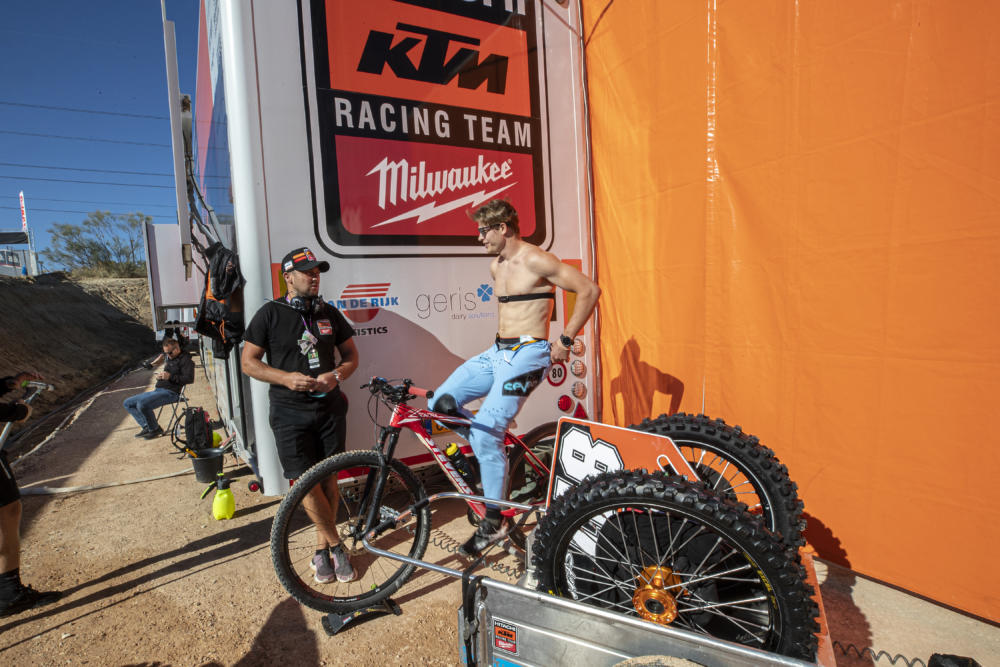 Both Mewse and Vaessen are two different characters but Sword is enjoying working with them both.

“They’re two completely different riders and people (laughs). The one thing they both are is that they’re good fun. They smile a lot and they both get on well as team mates and I’ve never had a problem with them at all. They’re passionate about what they’re doing so that gives me the satisfaction that when we are trying to do well like all the other riders in the paddock, you ned to have fun as well and we do that along the way”.

A big thanks to Ray Archer for supplying the images