Stefan Ekerold IN for home MXGP 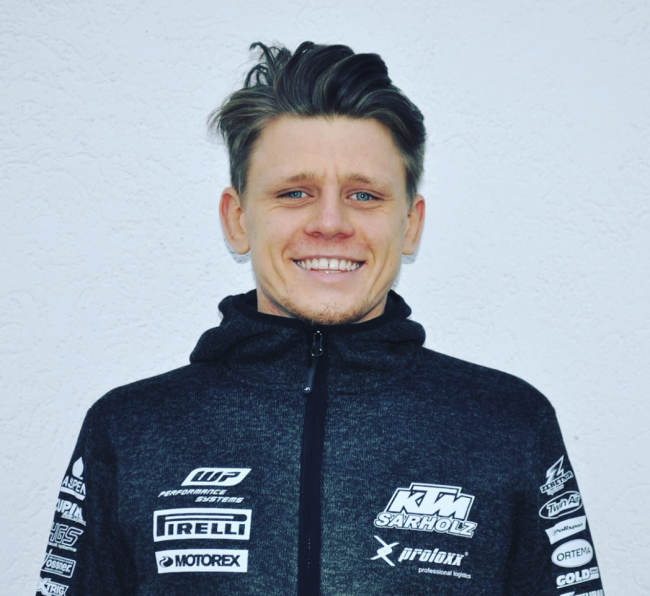 Young German rider, Stefan Ekerold hasn’t contested any rounds of the MXGP World Championship this year but he’s managed to secure a wild card for his home round of the series as it heads to Teutschenthal this weekend.

Ekerold has made the switch from Sarholz KTM back to his old team, Castrol Suzuki this season and has been focusing on the German Championships.

The German has admitted it’s still the goal to become a full time MXGP World Championship rider and is hoping it’s with his current team – Castrol Suzuki.

“Well due to me racing the two German Championships, I can’t do too many MXGP’s this season but obviously I wanted to race my home GP if it’s possible. My team stepped up to get all of it organised and I have some private sponsors on board as well. I am still in the fight for the German championship and we have lots of ADAC rounds still to go but I feel racing the GP will help me with those championships”, Ekerold told Gatedrop.com.

“The crowd and the feeling you get when you race the home GP is just crazy and I didn’t want to miss out on that. The goal is still to be in MXGP’s full time in the near future with my team Castrol Suzuki. I am aiming for points this weekend. I feel my riding and fitness is better than last season. So I am looking forward to it and mainly have a great time racing my dirtbike. That’s really what it all boils down too in the end”, Ekerold added.