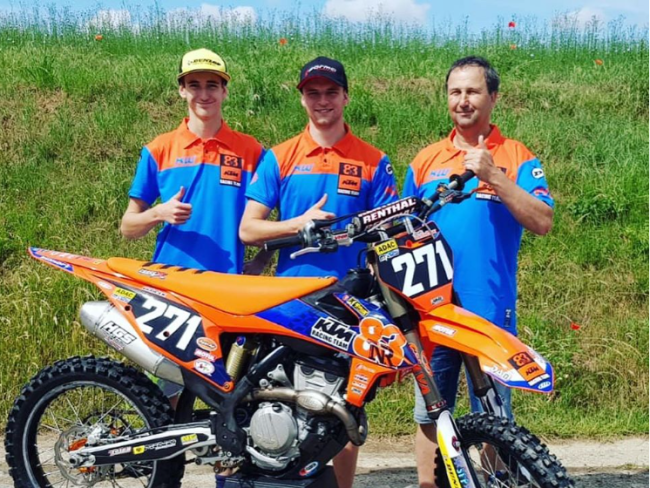 The NR83 KTM team have confirmed the signing of young Czech rider, Stanislav Vašíček for the rest of the season.

Vašíček will contest the ADAC Youngsters Cup Championship as well as the EMX250 championship for his rookie season in the class. Vašíček will make his debut with the team at the opening round of the Czech Championship on the 28th of June.

With young EMX125 rider, Martin Venhoda already part of the team, Vašíček becomes the second Czech rider on the team.

Stanislav Vašíček: “The opportunity came when the team came to Czech to ride races because they have one Czech rider already, so we were able to speak and make a deal. It will be my first year on the 250cc so I want to have some points at the end of the season in the EMX250. I really want to thank my family to help me to get to this team. Then of course I want to thank to Nathan Renkens for giving me this opportunity. At the end I just want to say that I am really happy to be in team like this one and hopefully I will make some good progress with the team.”

Nathan Renkens: We are very happy with our first Czech rider (Martin Venhoda) and we went to Czech Republic some months ago, I saw a talent in him directly and had a good feeling because he is a friend of Martin Venhoda.  I think he has a good potential and he will probably improve being with us. The results will come from itself.  I thank all my sponsors because without them, it would be impossible for us to help young riders like Stanislav.