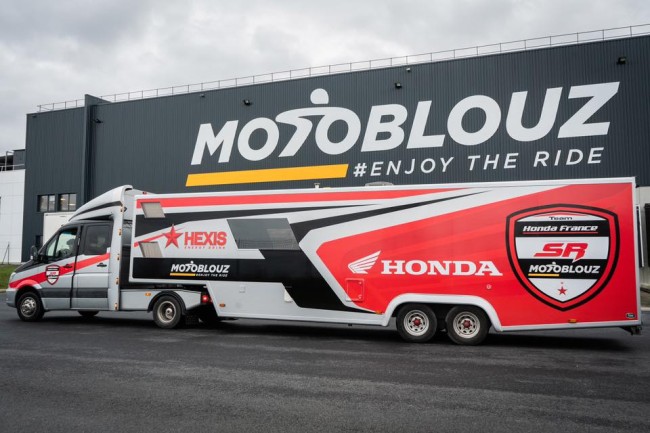 This time last year the SR-Honda team initially only signed Jeremy Van Horebeek to contest the French beach races but in the end decided at the last minute to contest the entire MXGP World Championship which was great news. It’s not easy being a privateer team competing against the factory teams in MXGP but the SR-Honda team had a successful first year in the paddock.

For 2020, the team will get some help from HRC Honda which is a positive step and the team have also signed up Swiss talent, Valentin Guillod. After a year out of the MXGP paddock, Guillod will be motivated for some good results to prove some people wrong.

With a year behind them in the MXGP paddock and not coming into this season with last minute plans, they should be much more prepared for the season ahead which can only be a good thing.

The team had a pretty small setup last year but will have a better setup this year which is pretty cool to see, check out their new race truck!