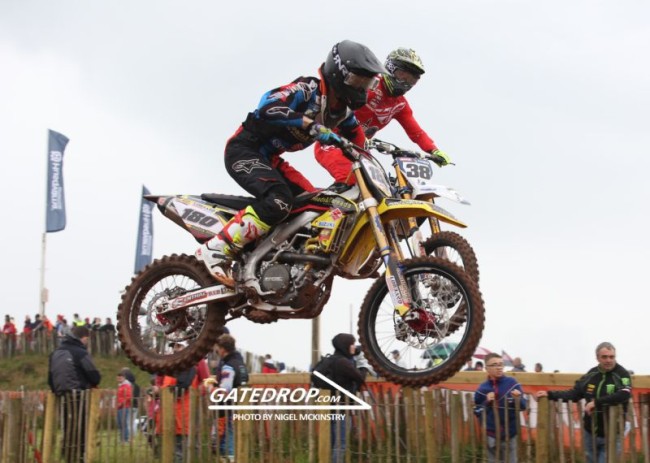 As the 2016 season draws to a close, the Heads & All Threads Suzuki team & MX1 rider Josh Spinks have mutually agreed to part ways.

Following a difficult season for Spinks, himself & the team have decided to terminate their contract & allow Spinks to pursue an opportunity to complete the remaining races with another team.

Josh Spinks #180
‘Firstly I would like to thank Suzuki, Heads & All Threads, and Neil and his family for the opportunity this season. It all appeared very exciting at the start of the season but unfortunately this year just hasn’t worked out with the Heads & All Threads Suzuki team as we all expected & this has been a disappointment for all concerned. I think there are many contributory reasons why the relationship hasn’t gelled, however, with my career in mind & anxious to get where I want to be in the championships I am parting company with the team. I wish Suzuki & the team all the best for the future’

Neil Prince – Team Manager
‘I signed Josh as I believed he was a top ten British Championship contender, however the results have been disappointing for both Josh & all involved, therefore it made sense to part company, for all of us to move on. We have enjoyed having Josh as part of the team this year, he is professional, hard working & appreciative of his ride & we wish him all the very best with his motocross career’

The Heads & All Threads team will be replacing Josh at the remaining two events of the season which are the last round of the Michelin MX Nationals & British Championship.