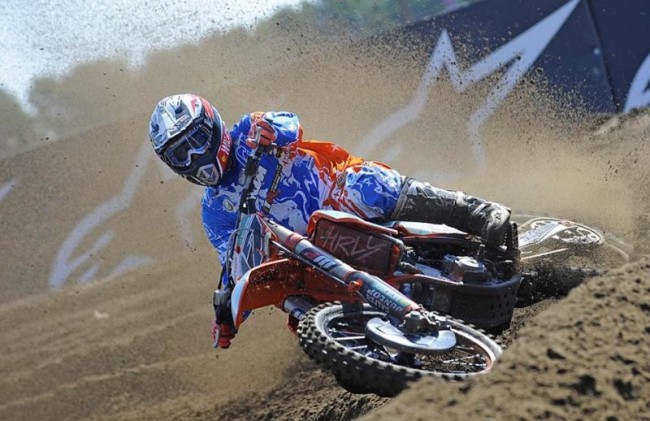 MX2 GP rider, Roberts Justs rode the second round of the Spanish Championship and was able to win the overall on the day! Roberts was only able to finish second in the first moto behind Jorge Prado. Prado appears to be a fast learner as he only managed a third overall at the first round but was second overall today after going 1-2. Roberts won the second moto but was pushed all the way by the Young Spanish sensation.

Jason Meara had a terrible start in the first moto but worked is way up to tenth position by the end of the moto. In the second moto he worked himself into eighth after an early crash but only to find out that he got docked! Unfortunately it was deemed that he jumped on a yellow flag so they docked him to fourteenth position!

In MX1 it was Jose Butron who won both the moto’s to keep his unbeaten form going in the Spanish MX1 championship. Ander Valentin and Jorge Zaragoza both went 2-3 in the motos but Ander ended up second overall as he had the best second moto. It is going to take some stopping Butron as he seems to winning these motos quite comfortably.