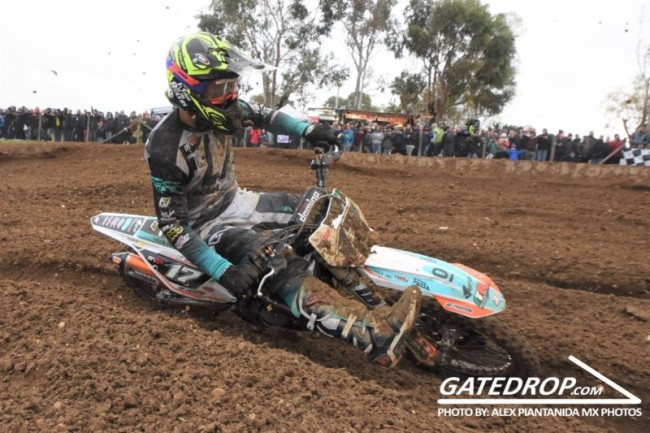 The first round of the Spanish Championship takes place this weekend and some GP riders are using it as last preparation before the Qatar MXGP round. During Free Practice Michael Ivanov set the quickest lap. The Bulgarian was 0.7 quicker than Sergio Castro, Larranaga set the third quickest time ahead of Ubach, Haavisto and Van Berkel. Reigning MX2 Champ, Cases set the seventh quickest lap time but hasn’t been back on the bike that long after an injury. James Mackrel ended up twenty-second in free practice but will be hoping to knock on the door for top fifteen results in the races tomorrow.

In MX2, Harri Kullas who is using this race to prepare for the British Championship set the quickest lap time ahead of defending champion, Jose Butron. Fellow GP rider, Ander Valentin was the third quickest!

Timed practice takes place later on today before the main races take place tomorrow but it is shaping up to be a good weekend of racing, the MX2 class is looking very competitive.

Iker Larranga and Micheal Ivanov showed their GP speed with Larranga fastest in timed qualifying on a 1m.35.4 lap time and Ivanov second on a 1.36.0 lap time.

Irish rider James Mackrel was impressive in eighth with a 1m.39.4 and is in the mix with some good Spanish and European riders.

In MX1 Timed practice it was a GP 1-2 as Butron went quickest pipping Ander Valentin to pole. Harri Kullas was next up in third just ahead of Carlos Campano who is making a return to motocross racing!