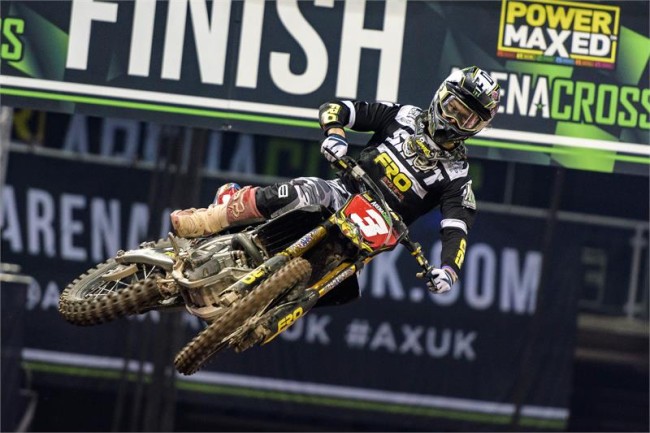 PR- Cedric Soubeyras blasted his Suzuki back to the front of the Pro pack in this morning’s qualifying session for the fifth round of the 2018 Power Maxed Arenacross Tour.

The AX team worked through the night to ring the changes by redesigning and rebuilding the Belfast arena track. With a change of direction and new layout, the general consensus from the riders is that it’ll make for faster and closer racing which, considering the fast-paced excitement of last night’s event, will be good news for tonight’s AX audience.

The fifth round of the 2018 Power Maxed Arenacross Tour returns to The SSE Arena, Belfast on Saturday the 27th of January. Tickets are available from the Arena website www.ssearenabelfast.com or by calling 02890 739074. They’ll also be on the door right up until 7.15pm. Prices start from £17.