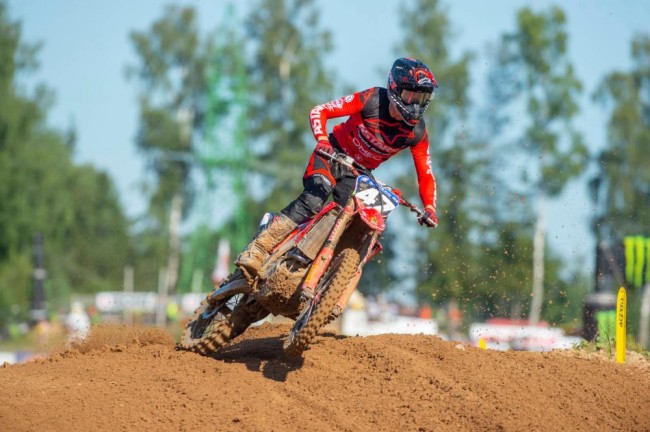 Eric Sorby recently caught up with Paul Malin and Lisa Leyland on an MXGP studio show and as always had some interesting thoughts.

Sorby is the rider coach at the 114 Motorsports Honda team and has also continued working with Mitch Evans even though he moved up to MXGP with the factory HRC Honda team.

“With Mitch, everything is going perfect, he’s more like a friend than me working for him. So far, so good, we were really strong at the beginning of the year at the International races and the first GP in England. Unfortunately at Valkenswaard he crashed and hurt his shoulder so he had surgery. He’s getting better and better every weekend and he’s showed he has the heart, talent and style so I think we should be up front soon”.

As Livia Lancelot drafted in two Aussie riders to take on the MX2 World Championship this year, Sorby has started working with Nathan Crawford and Bailey Malkiewicz.

“Honestly, Bailey to me is one of the top five most talented kids in MX2. He came from Australia and I think in the winter he was a little bit lazy with the training. He thought it was going to be easy to race the MX2 riders so that’s why we are a little bit off with the results. He woke up a couple of months ago and now he’s showing his speed. I believe in the kid and soon he’s going to realise he should work a little bit harder to have the results”.

“Nathan is a little bit different you know, he’s a really hard worker and all winter he did his program. We were really strong at the beginning of the year. He went back home with COVID and then came back over with his girlfriend, she’s here and it’s a little bit different, we can see that with the results but it is what it is”.

At the past few GP’s Malkiewicz has started to really improve and will hope to continue as the season progresses so he can gain some more top ten results. Crawford has unfortunately been ruled out for the next three rounds of the MX2 World Championship but will hope to be back for the last three rounds at Arco.