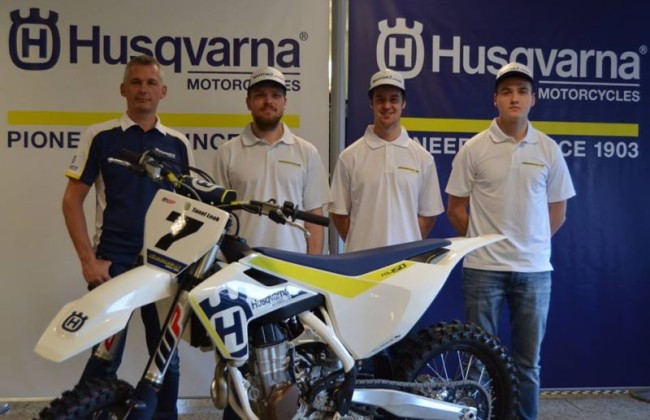 The Sõmerpalu MK team burst onto the World Championship scene in 2016 with Tanel Leok and Karel Kutser competing most of the European rounds of the World Championship. The team have announced their plans for the 2017 season and it has emerged that they will switch from KTM to Husqvarna machinery.

Even though Leok has signed to contest the MXGP World Championship with the 8Biano outfit he will stay with the team to compete the Estonian championship!

Joining Leok will be Harri Kullas (450) and Karel Kutser (250), both riders will also contest the Estonian championship and the plan is to contest four GP races. However, last year that was also the initial plan but they ended up doing a lot more rounds than first anticipated so there is a chance you could see them contest more rounds than just the four.

It’s thought that Kutser will contest the Italian Championship to assess where his speed is at before the start of the GP’s.

Even though Kullas has signed with the team he will still contest the British Championship on-board his MVRD Husqvarna. It’s set to be a busy season with plenty of races for him!