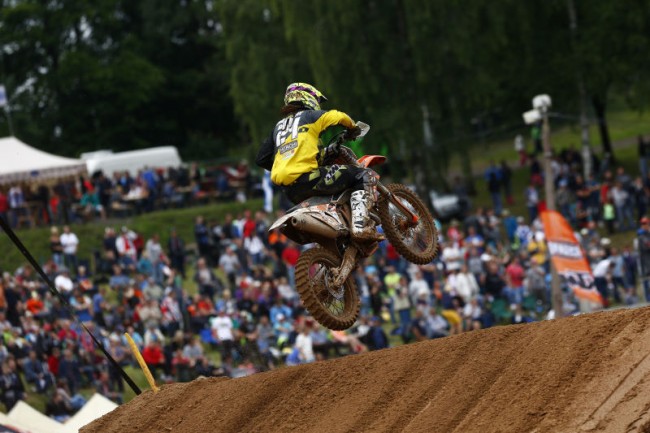 Shaun Simpson has told Dean Wilson that he will see him on the track at Unadilla!

Wilson is hoping to make his comeback at the historic circuit and Simpson took to twitter to say he will see him there.

Simpson said: “See you there boi… Coming to do some scrambling AMA style….”

The rough track should suit Simpson’s style if he can get the bike set up in the two short practice sessions that the AMA provide but quite how many US riders will have heard of the defending British Champion remains to be seen! There could be some head scratching by American riders and media alike if the Scot passes some of the established US names.

Can there be two Scots in the top ten of a US National? It’s certainly a possibility on the 8th August!