Simpson IN for Hawkstone International! 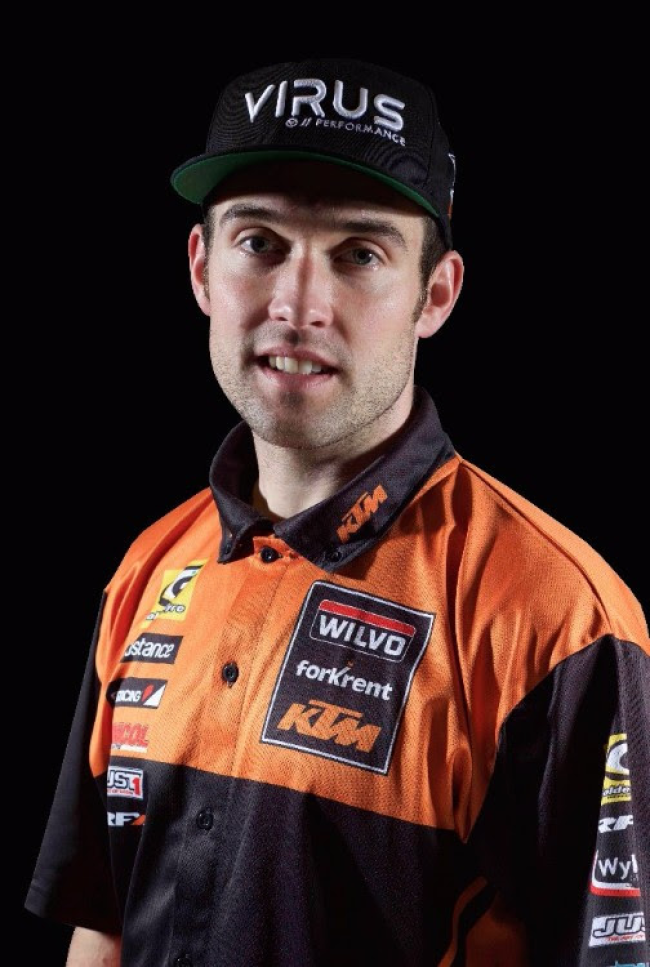 HIMX are really pleased to announce that current 2015 British Champion, Shaun Simpson was one of the first riders to confirm he would race at the 2016 Be Wiser Hawkstone International on the 7th February 2016.

It was a fantastic season for Shaun; he won the British Championship convincingly and just got stronger as the year progressed. He is a big fan of Hawkstone Park and someone who is always eager to get his name down on the rider line-up and will no doubt draw a huge amount of fans to the track in February.

For 2016 Shaun will race with the STR Wilvo Forkrent KTM team and will be looking at another successful season, which will be kick-started at Hawkstone. Shaun had a great year in the World Championship this season securing several overall podiums and two overall wins. He will be seeking to improve on his fourth place in the World standings in 2016.

Shaun Simpson – “Starting a new season at the Be Wiser Hawkstone International has always been top of the list for me. It is always one of the most well attended pre-season races that has the biggest buzz and vibe about it with the British crowd getting the first look at all the riders sporting their new colours.

Preparing for the MXGP series that starts just three weeks after Hawkstone means we can get some vital track time during race conditions against a host of other top riders, making any last minute adjustments to our set-up.

The 2015 Hawkstone International was good for me finishing up in fourth overall but I’ll be back in 2016 better prepared and ready to get back on the top step.”

Trade stand enquiries can be made with johnhimx@yahoo.com trade stands are £350 plus vat for a 7.5 x 7.5 metre pitch.

The HIMX team are currently looking for sponsors, sponsorship packages start from as little as £40, in return the sponsor will be mentioned in the entire pre event PR, a logo and link on www.hawkstoneinternationalmx.com, mentions in specific bike press and websites. Plus much more, if you are interested in getting involved in the event please contact me on carly.rathmell@btinternet.com for a sponsorship package.