Simpson: I’ll be out of action for the next couple of GPs 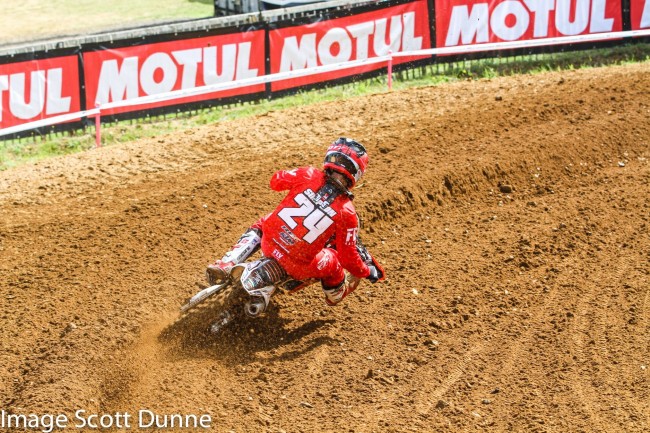 Shaun Simpson unfortunately won’t be in Russia this weekend or Latvia Next weekend for MXGP after breaking his fifth metacarpal at Blaxhall during round four of the British motocross championship.

The Scot clipped a fence going into turn one causing a huge first turn pile-up that saw the first moto be red-flagged. Simpson braved the pain to go 7-4 on the day but lost his championship lead to Tommy Searle. However, Simpson only sits five points behind the Englishman with round five taking place at Desertmartin on the 30th of June.

Fortunately the break does not require surgery with Simpson posting: “Blaxhall chestnut fencing 1. My fifth metacarpal 0. Luckily it’s not displaced and won’t require surgery but it does mean I’ll be out of action for the next couple of GPs.”