Simpson and Walsh win at Foxhill! 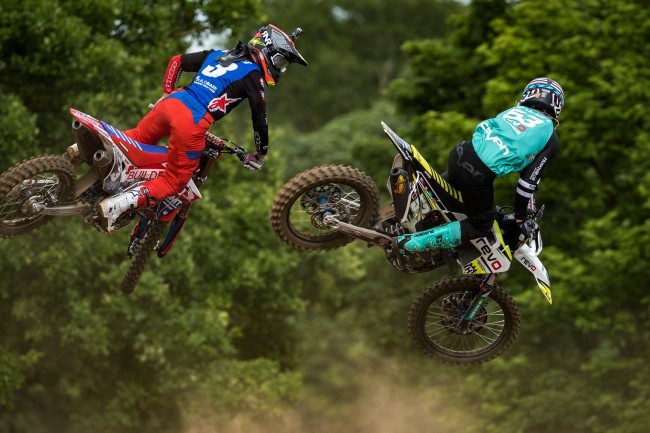 Shaun Simpson won both motos in MX1 at Foxhill, taking the gap in the championship down from 49 to 35 to points leader Tommy Searle!

The Englishman went 5-3 to edge Mel Pocock for third overall despite the hand injury that ruled him out of Lommel. Harri Kullas rode strong to take second on the podium.

Race one was red flagged but as the race had hit the halfway mark the results stood.

In MX2 Dylan Walsh strengthened his grip on the title by winning both motos taking his advantage from 12 to 18 points with one round remaining. Teammate Alvin Ostlund was runner-up as Martin Barr got on the podium with third overall.