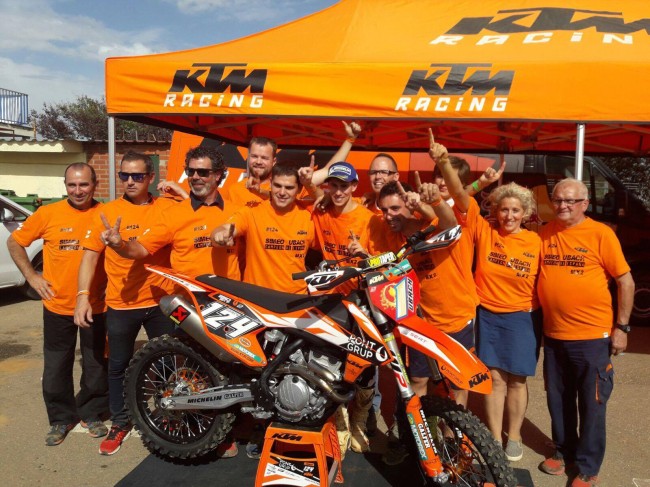 Going into the last round of the Spanish Championship only ten points separated Simeo Ubach and Iker Larranaga. The latter did miss a round of the series due to injury so did well to stay in contention until the final round.

However, Simeo Ubach clinched the championship during the final round of the series. There wasn’t any drama for Ubach during the first moto of the day as he had a good race and came home in second which was exactly what he needed to do.

There was plenty of drama in the second moto though as he crashed around the first corner. Ubach picked himself up from dead last and rode extremely well under the pressure he was under to come back to third which was enough to give him the title by two points!

Larranaga won both moto’s on the day so couldn’t do any more to win the title, the injury earlier in the year cost him his championship but congratulations to Simeo Ubach on the title.

Simeo Ubach: “I had a tough day at the final round of the series but we made it. In the first moto I finished second behind Iker which left me with only a 7 point lead in the championship. In the second moto I started horrible with a crash in the first turn. I picked myself up in dead last and managed to finish third and be crowned champion! Iker tried to play it dirty on me in the second moto because he waited for me on the track to try and take me out but I managed to keep it on two wheels! Very happy and thankful to KTM Spain”