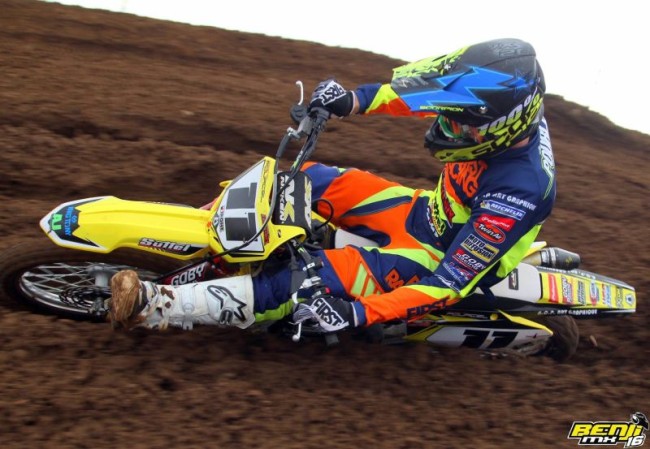 Seb Pourcel dislocated his shoulder during the third round of the French championship at Romagne. The experienced Frenchman, now on-board a 450 Suzuki, just competes in the French Championship this year. He rode well during the first moto to finish in fifth position.

However, he suffered a crash during the second moto and the news is that he has dislocated his collarbone. Seb, wants to race the next round of the championship in two weeks time. It won’t be easy but with his determination he might be able to compete at the next round, so not too much damage will have been done! Seb currently sits fourth place in the championship and only 13 points off Boog for third so he will want to take part to try and close the gap to the top three in the championship.