Should the MXON be moved forward to accomodate team USA? 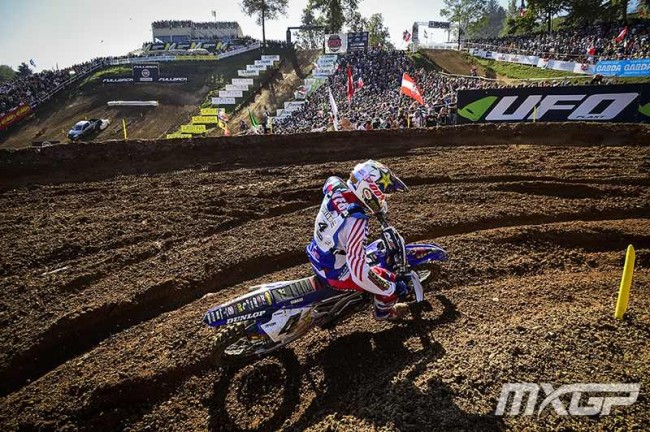 Steve Matthes and Jason Weigandt believe team USA should pull out of the MXON until Youthstream accommodate the race to suit their AMA motocross schedule (that finishes at the end of August), not MXGP!

Speaking in the Racer X Southwick race review podcast, respected American journalist Matthes said: “I would just pull the team. I don’t send a team until Youthstream fixes… the USA are the number one stars of the event, they spend the most money getting there, they need some co-operation from Youthstream. This event keeps getting pushed further and further back to basically screw team USA a little bit, so if I’m USA I say we aren’t going until you help us out. You have to move this race up (in the schedule to suit USA).”

Voice of American motocross, Jason Weigandt, who agreed, explained the dilemma: “Here’s the issue , the Des Nations, there is one weekend between the Nations and the Monster Cup, but the timing, they are going to let Eli decide (if he races MXON). I know that’s probably making people listening to this puke because I know all hardcore motocross fans would pick Des Nations over Monster Cup all day long, but that’s not the way the cookie crumbles.”

After not winning the event since 2011, the apathy and excuses are rapidly increasing in the American media for the event, but is it reasonable Youthstream should adjust the MXGP world championship schedule to suit the US riders? It once again shows the chasm between the world view of motocross and the American media’s view of the global sport.

But as absurd as it seems, if Youthstream want to keep the elite US riders racing, it may be something they have to consider, but does the MXON need team USA at all costs?

Maybe the AMA could slightly change their schedule to help their own riders at the Nations. Could Monster Cup be put back a couple of weeks towards November instead and/or the US nationals could end a week or two later into September?

It is an interesting situation to keep an eye on, but maybe a US win this year would help calm a potential storm!