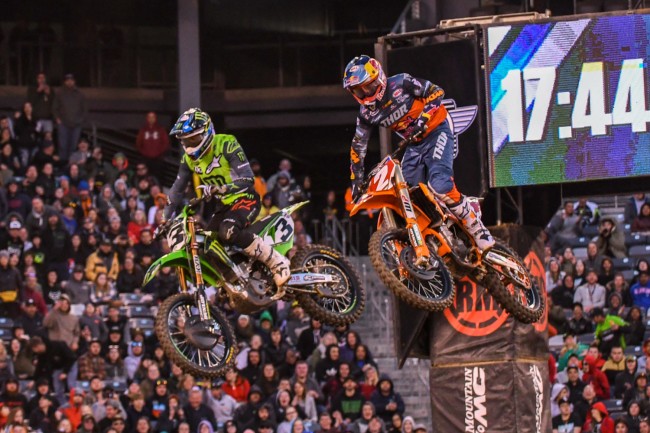 With the success of the Paris supercross and the races in Auckland and Melbourne, it’s seems that now is the right time for supercross to become a real world championship.

Yes, the majority of races would still be in the USA, after all it is their sport, but why could the Millennium stadium in Cardiff and now three proven hotbeds of supercross in France, New Zealand and Australia not provide the platform for a more global series?

MXGP has been a global championship and the pinnacle of outdoor motocross for years, although even they are missing a trick not having it in dirt bike hot sports like New Zealand and Australia but while America has a big global reach thanks to the media, particularly the powerful and influential US media, those not able to go to the States are missing out on the supercross experience.

MXGP and supercross are the two biggest motorcycle series in the world alongside MotoGP but only supercross isn’t global. It’s about time that changed – even the traditional USA sports like NFL, Baseball and NBA and migrating to having games in the UK to expand their platform beyond the USA and North America but it seems dirt bike racing in the USA is still overly insular.

The world motocross championship gets a bizarrely low profile there in the motocross media and supercross is still very much a US only product in location despite now being credited as an FIM world championship and having a reach way beyond the USA via the media.

Heavily AMA sx and mx influenced markets like NZ, Australia and France are safe steps to take the sport and are already proven to be capable of holding international events, so what are we waiting for?

The series could even begin in November in Paris and Cardiff and hit NZ and Austrialia before going back to Anaheim for the start of the US stretch. Most US riders are already supercross specialists anyway and even Mitch Payton wants less outdoor rounds.

For riders and teams in the US it’s is all about supercross not motocross, if they wanted to be the best motocross riders in the world they would race MXGP, so why not take supercross around the world and give them and their sponsors the platform to do supercross only but finally on a global scale?