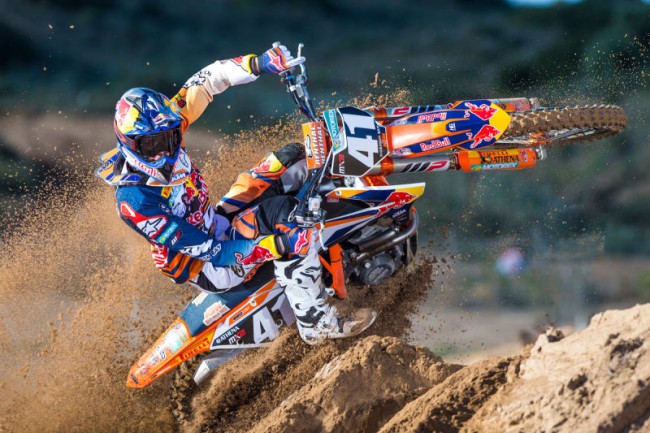 Pauls Jonass suffered a big crash on the opening lap of the first MX2 moto in Argentina. He broke the news via his Facebook page that he needed seven stitches in his chin after that moto.

However, Pauls took to the line in the second moto and took a fine fourth position. Pauls is a tough guy and has the fight required to be a championship contender.

“Nothing really to say about today, really disappointed, had a big crash in 2nd turn in 1st race, couldn’t continue the race because bike was to damaged and also i was to banged up. Felt really bad heading to 2nd moto but managed to finish 4th. Also got 7 new stitches in chin after crash”.