Searle on Loket – lots of positives 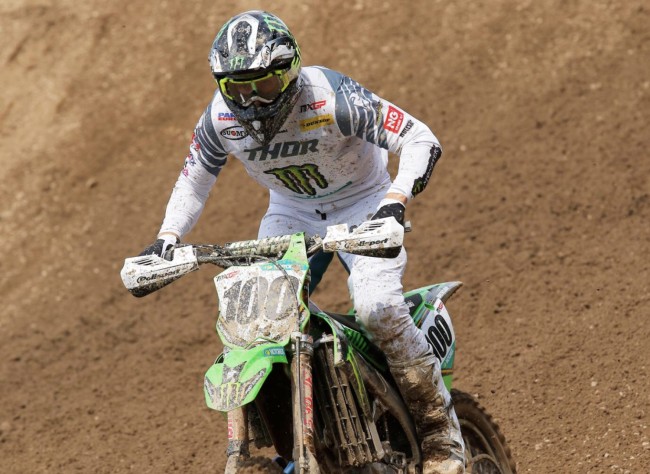 Tommy Searle showed great speed on his factory Kawasaki debut despite some recently broken ribs that limited testing time on the factory machine.

Searle took an impressive sixth in the qualifying race before overcoming a bad start to pull through to 12th in race one. Then, with a good start and running top ten in race two, Searle went down and then crashed again to end up with no points but he had shown what he can still do when he’s comfortable.

Searle said on social media: Highs and lows this weekend! Lots of positives to take away. I knew it was going to tough with how I’ve been feeling after breaking my ribs, so to have the speed I did at times, I happy with! I didn’t the get the start race one and came through to 12th. Race two I made a mistake and crashed out of seventh. The bike’s so good to ride, I can’t wait to be back to 100%. Big thanks to Kawasaki MXGP racing team for all the effort and support and to everyone for the nice comments after the race.