Searle hoping to be back for Switzerland! 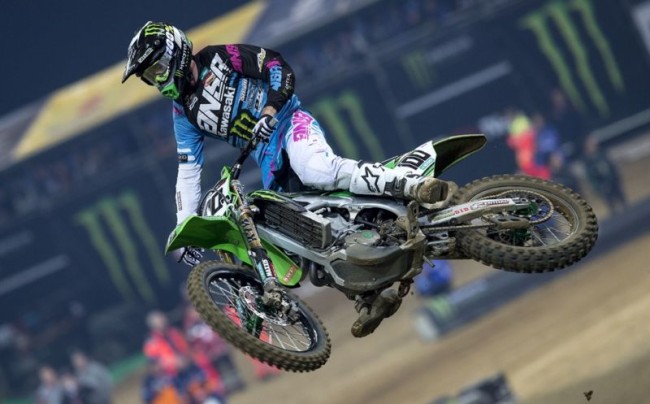 Steven Dixon hopes to have his MX1 rider, Tommy Searle, back in MXGP action at Switzerland (12th & 13th August) if everything goes to plan!

The long-time GP team manager said of Searle in the team’s latest press release: “Tommy Searle is back on his back, riding gently and the plan is for him to be back at Switzerland.”

It has been a nightmare season so far for the unfortunate Searle after a knee injury practicing in America pre-season meant Tommy had to miss the first half of the year, then while getting ready to comeback to racing in June, the Englishman broke his finger!

The 2016 MX1 British champion is still hoping to nab a spot on the British MXDN team and has plenty of motivation for the end of the season. The very talented Brit certainly has the ability to run with the big names in MXGP once he is back on top form.