Searle: Happy to get the job done! 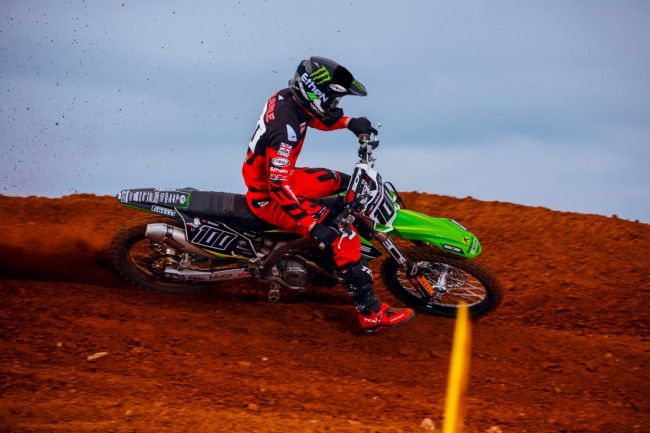 Tommy Searle says he was happy to win the overall and take the red plate at the Maxxis British championship in Blaxhall on Sunday but admits he was lucky to walk away from the huge first turn crash that caused a red flag in race one!

Searle, who went 3-1 on the day to win the overall and take the championship lead by five points over Shaun Simpson, said: “ Happy to get the job done and come away with the win and championship lead.” Before adding, “ really scary first turn race crash. Lucky to be able to line back up. All the best to Ryan Houghton who took the worst of it in the crash, heal up.”

Searle will now prepare for three Grand Prix in a row starting with a trip to Russia this weekend before going to Latvia then Germany then back to British championship action at Desertmartin!