Sanayei OUT for the season! 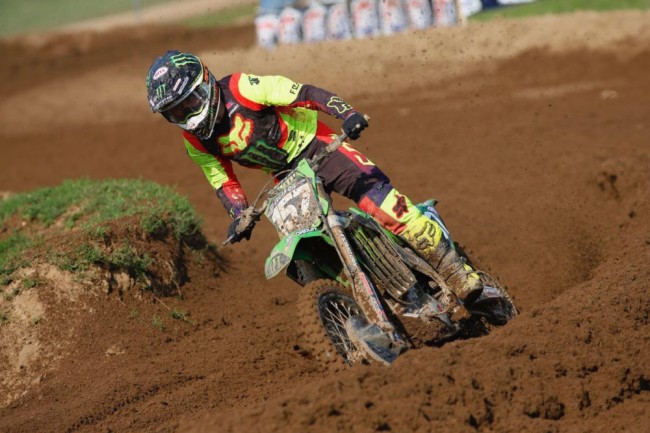 An unfortunate Darian Sanayei has been forced to pull the plug on his season thanks to a dislocated shoulder sustained at round one of the US Nationals.

The former GP competitor missed the next two rounds but did come back at Red Bud and got some good starts on the Pro Circuit Kawasaki, even carding a 10th place in his first comeback moto, but from there he struggled to just get points with the injured shoulder proving too difficult to overcome and not allowing him to show his true potential.

Sanayei has announced he needs surgery and is out for rest of the year. The unlucky American said on social media: “So bummed to be writing this, but my shoulder hasn’t gotten any better and is just in too rough of shape to continue racing without getting it fixed.

“I tried my best to race with it last weekend at RedBud and did all I could, but the issues I’m having are not ones that heal on their own. So we have decided I will be getting surgery on it so I can get back in time for next year.

“Tough decision to make when I have this amazing ride, but if I can not ride at 100% it doesn’t do myself or the team any good. I want to thank the whole @pcraceteam@racekawasaki for the opportunity and all of the sponsors and people that helped out! Bummed and down, but not out.”