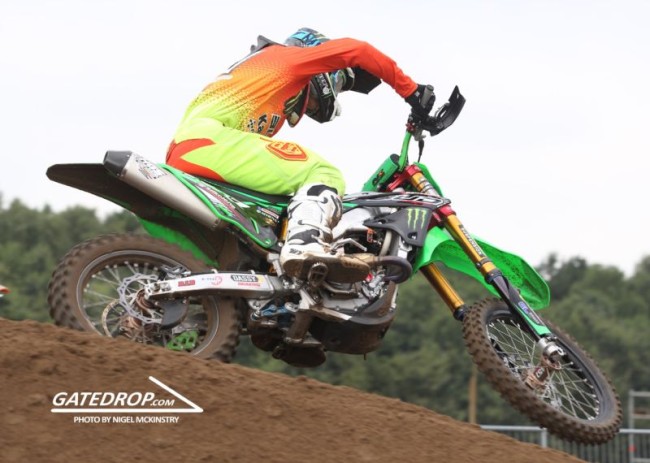 A few weeks ago we reported that Darian Sanayei looks set to join up with Steve Dixon for the 2017 season.

He has now confirmed in an interview with Monster Energy that he will indeed be in the Steve Dixon awning for 2017 as an MX2 rookie.

“I was pretty close to sealing a deal with the CLS factory Kawasaki team, but my buddy Aaron (Nixon) at Monster helped me with Steve Dixon and we went that route. I ended up signing with Monster Energy DRT Kawasaki to ride the MX2 World Championship.”

Sanayei will race the last two World Championships this year in his home country at Charlotte and Glen Helen.

You can read the full interview with the American here.

So, he will join up with Vsevolod Brylyakov as Dixon will run two riders in the MX2 World Championship. It is expected that Tommy Searle will also stay with the team in 2017 as he has a contract for another year and hasn’t been able to land a top factory ride. It’s great to see Dixon expanding and running a three rider team.