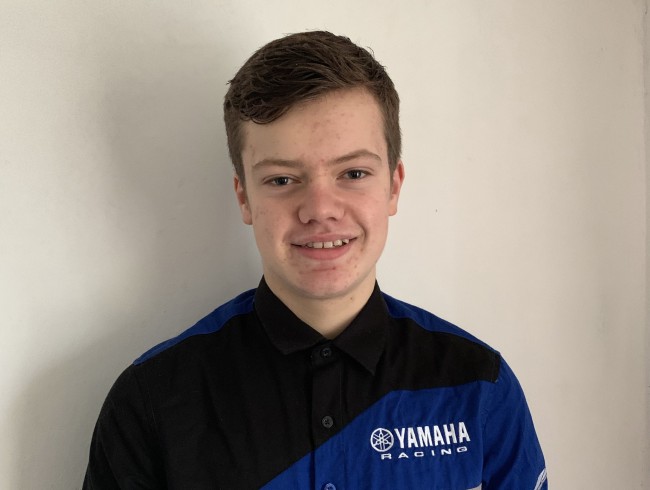 The Rob Hooper Racing Yamaha Motocross team are pleased to announce Sam Nunn as their final signing for 2020.
17-year-old Nunn who hails from Newmarket in Suffolk will ride the YZF250 in the MX2 class of the British Motocross Championship, MX Nationals, Bridgestone British Masters as well as selected EMX250 rounds.

The signing of five times youth Weston Beach Race winner Sam is part of the teams philosophy of developing youth, and he forms a fresh and young team with 19-year-old Taylor Hammal also re-joining after an excellent 2019 season.

Team Boss Rob Hooper was delighted with his latest addition to saying “We are really pleased to have Sam on the team and he brings a further youth element to the squad. He has lots of potential just like Taylor, and we look forward to working closely with Sam and his family through the offseason and into the race season. He is already familiar with a Yamaha as he rode one all last year so we should be able to hit the ground running.”

Sam is also excited to join the RHR team “I am really looking forward to riding with Rob and the team. Everyone I have spoken to so far is really nice. Hopefully, I can learn lots from Rob and the team. I am working hard on and off the track and my aim for this year is to ride as best as I can every weekend and hopefully the results will come.”
Sam will be going out to Spain in January to train in the sun before he returns to the UK to compete in the Hawkstone International.

On the other end of the spectrum, popular veteran racer Tony Craig will also be supported by Rob in 2020.