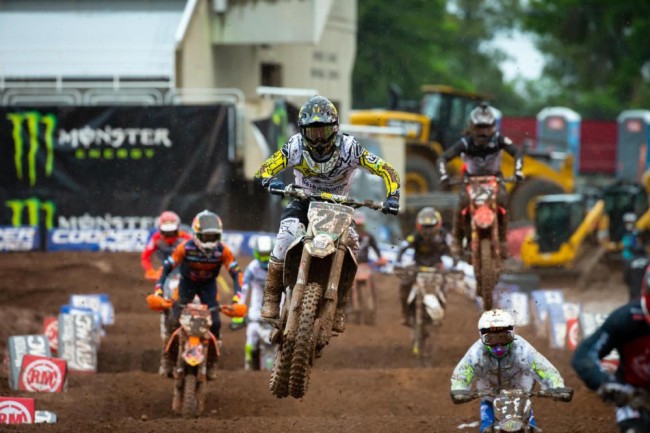 What a brilliant race – Eli Tomac and Cooper Webb put on a brilliant display of courage mixed with skill and falt our desire to win to produce one of the best races of the season. With no fans in attendance this was based on pure racing instinct born inside them. The show of supercross wasn’t there, but the inner competitiveness that has driven these two from little kids at their first race to the top of the sport in America is still there. It was racing in it’s purest form and even Webb admitted he enjoyed it despite not coming out on top!

Tomac’s poise – Over the first two rounds at SLC Eli Tomac showed he is much calmer when things go wrong and, even after getting into it with Barcia in the heat race, Tomac made the start from a less that ideal qualifying position (he admitted to playing defense and choosing the inside but was nervous about it) he came out in third well clear of Barcia and from there was able to ride the way he wanted. Even battling Webb didn’t fluster him, he didn’t ride for points saying he felt comfortable at the that pace to go for the win. Tomac who is putting his success in 2020 down to experience, is ticking every box this year and Sunday night’s win was an exclamation point on that fact.

Interestingly, Tomac has now matched Ryan Dungey’s 34 premier class supercross wins, but Dungey had four supercross titles and retired at 27 – the age Tomac is now! Somehow, Eli is astill looking to claim his first supercross title despite having the pace for a number of years. If he gets this one under his belt will it free him to go for more? It just shows you the importance of consistency.

Roczen’s woes – At this point you just have to feel sorry for poor Ken Roczen. He did all he could to put himself in the right position. three points down with seven races left and in the next two races found himself ahead of Tomac at one point but, when your health isn’t there there is nothing you can do. Will and talent just isn’t enough. Roczen hasn’t been quite the same since that horrific arm break in 2017 but his raw talent and mental strength mean he can still contend for titles but, with his immune system apparently weakened from all the surgeries, it’s proving very difficult to have enough good days and few enough bad days to be there week-in, week-out. At times like Sunday, it’s almost hard to watch a guy of that calibre get lapped twice by the guys he’s in a title fight with and has beaten many times before. 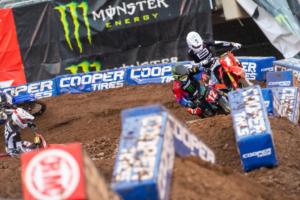 West is best – There isn’t a whole lot of depth in the 250 East! That’s not to say McElrath and Sexton aren’t top tier, they are but unfortunately for their coast the depth just isn’t really there outside of Nichols and Marchbanks compared to a stacked West division. But even still, their title duel looks like it will go down to the end and is keeping the series watchable – especially with the way the red flag reversed Sexton’s fortunes on Sunday night! That was a big win for the Geico Honda rider after it looked like another mistake under pressure was going to gave McElrath the advantage.