Sahkar Racing to remain in the paddock! 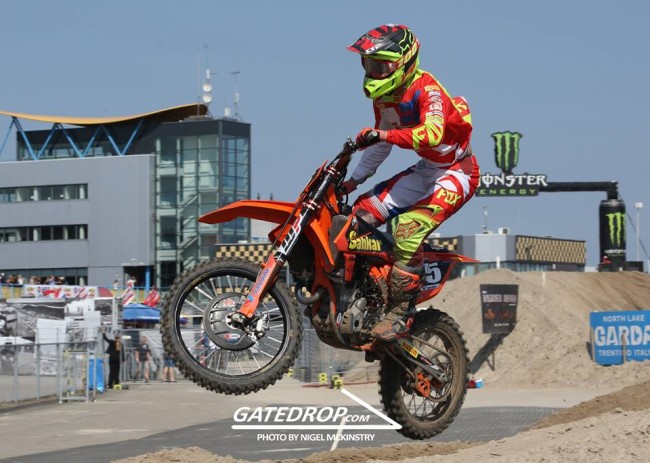 After the very talented Jago Geerts signed for the Kemea Yamaha team for his rookie year in the MX2 World Championship next year, there were doubts around the team he left, Sahkar KTM concerning their future.

However, after the team considered it’s future, the good news is that they will remain in the paddock. The team won’t sign a replacement for the talented Jago Geerts but Hardi Roosiorg will stay with the team for the 2018 season.

Hardi Roosiorg: “Since the team is family based, I thought that it would be best to stay the same as previous years. Also, we decided that the step from the EMX125 championship to MX2 was a little bit too big, so it would be better to race in European 250 championship to get some confidence and experience before trying to go back to MX2 class. From my my perspective I would like to finish every race in the top 10 next season.”