Ryan Villopoto out of British MXGP! 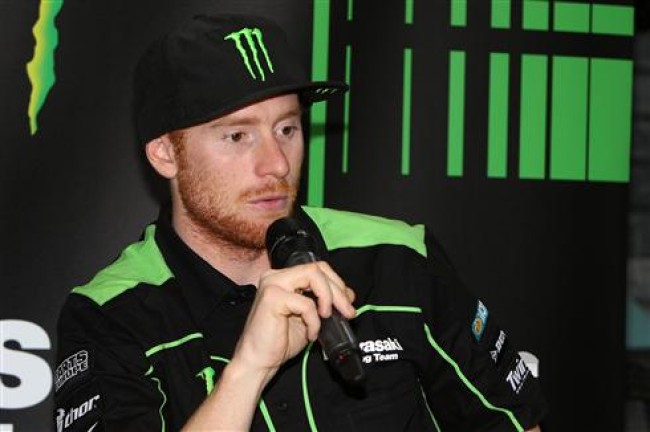 Kawasaki have confirmed Ryan Villopoto will not be lining up at Matterly Basin.

Having been advised to return to America to receive specialist treatment for an injury to his coccyx sustained recently in Italy, Ryan Villopoto has been told that he will miss the UK round of the MXGP Championship due to further spinal damage.

The specialist medical team working with the four time US Supercross champion confirmed the coccyx injury and also discovered an L4 compression in Ryan’s lower spine. Upon close examination, X-rays indicated that the injured bone material is healing but not at the speed either the Monster Energy Kawasaki Racing Team rider or his advisors would hope.

Upon discussion with his trainer, Aldon Baker – and considering his desire to compete in and win further MXGP’s in 2015 – the 26 year old has taken the difficult decision to stay in the USA and concentrate on a return to fitness in the shortest possible timeframe.

Commenting on the development, Steve Guttridge, Racing Manager for Kawasaki Motors Europe, observed that only a fully fit Villopoto would be able to seriously compete and make his presence known in the premier league of World motocross. “Ryan’s taken the decision to sit out of the British MXGP this weekend. Having suffered more back pain these past weeks he’s not been able to train fully or even ride his KX450-SR practice bike while back in the States. We are now collectively searching for the best structure to help his swift recovery in order that he can come back to MXGP’s when he is fully recovered, bike fit and race-ready again”.

Speaking on behalf of major team sponsor, Monster Energy, Mitch Covington, Vice President of Sports Marketing, concluded. “We want a 100% fit Ryan Villopoto. Ryan is doing what he has to do to recover properly and we support him 100% in this decision. He will be back and ready to finish strong instead of just going through the motions hurt.”