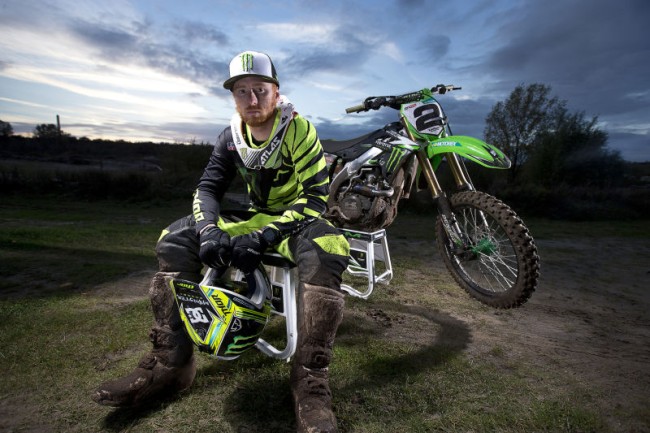 As a result of a crash and subsequent injuries sustained at the fourth round of the current MXGP Championship in Trentino, Italy, the 27 year old Kawasaki rider has taken the difficult decision to cease competing in the sport that has seen him elevated to the status of one of the all-time greats both indoors and outdoors.

“Ryan defines the word champion,” said Kawasaki Motors Corp. U.S.A. Vice President of Marketing Chris Brull. “Since he started with Kawasaki on Team Green, Ryan has pushed himself and Kawasaki to be better every year. His dedication to his craft has paid off in the championships that he has won, and the developments we have been able to make throughout our KX line. Ryan will always be a part of the Kawasaki family and I speak for everyone at Kawasaki when I wish him all the best in his retirement.”

Taking the typically bold decision to enter the MXGP series this year after a long and successful career in America, the Washington born rider was in contention during the early part of the season resulting in a race win at the Thailand hosted round in March.

Unfortunately the uncharacteristic crash in Italy resulted in both an injury to his coccyx and, upon further detailed investigation, other traumas to his lower back which are still in the process of healing.

Gathering his thoughts on retirement after a lifetime of support from Kawasaki and Monster Energy, Villopoto has written an emotional open letter to his thousands of worldwide fans which includes the following passages:

“I am grateful for having had the opportunity to do something I have loved since I was a kid and make it into my livelihood. I am grateful for the support of my family for all the years they spent hauling my bikes and me around to races, interrupting their lives in the process. I am grateful for the support of my many sponsors through the years, first and foremost Kawasaki, which has been my bike of choice since my Team Green days. They have been with me through ups and downs, serious injuries and great successes. Kawasaki is a brand that is synonymous with my racing career.

I am grateful to have had the chance to race with the very best in world, my competitors in Supercross and Motocross as well as on MXGP. I am grateful to know that our competitiveness helped to continue the growth of our sport.”

“We have sponsored Ryan and his teams throughout his entire career. Since 2006, Ryan has been able to give us everything we have asked for on and off the track. He is a great racer who started to build his legend from the first time he lined up on the starting gate as a Pro. We look forward to seeing the next chapter in the Ryan Villopoto story.”

While Ryan considers his future and reflects on a career of stellar success, Kawasaki Motors Europe Racing Manager, Steve Guttridge, commented on the Villopoto phenomenon and thanked the star for his grit, commitment and enterprise.

“Ryan brought a real buzz to the MXGP World Championships this season that was incredible to witness and be a part of. It’s such a shame that he was only able to compete at the first four rounds because I honestly believe that Ryan was adjusting well to the big change of racing around the world as he became more acclimatized to the different circuits and race format in MXGP’s.

Though his time in Europe did not go as planned due to the unfortunate injury, everyone on our team is proud to have worked with Ryan and we have all gained a massive amount of experience in the process.

Following such a major career decision, Ryan is now considering his future goals and ambitions. We wish him well with whatever direction he chooses to take from this point forwards”