Ryan Villopoto comments on his fourth in Argentina 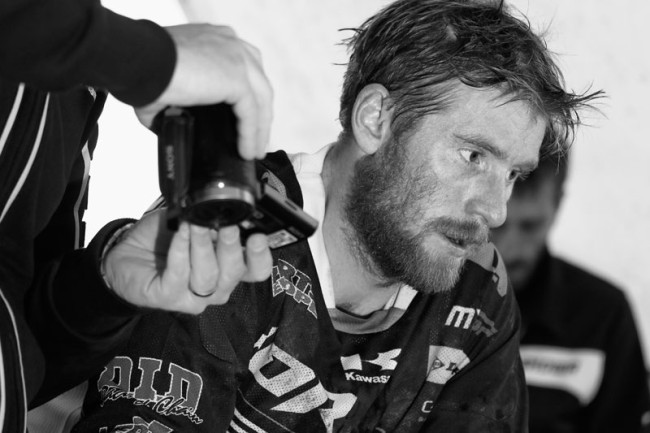 Ryan Villopoto continued the learning process in the FIM World MXGP Motocross Championship as he took fourth place for the Monster Energy Kawasaki Racing Team in the Argentine round of the series.

The American immediately showed a liking for the dramatic course carved out of the forest in the hills above the idyllic holiday resort of Villa La Angostura as he set fastest time in free practice and put in an enthralling charge in the qualification race to narrowly fail to catch race long leader Toni Cairoli and grab second choice of gate. After quickly moving from outside the top ten to third in the opening GP moto he had to surrender a place to eventual GP winner Max Nagl on his way to a fourth placed finish twenty seconds down on winner Clement Desalle. Again forced to push quickly up the leaderboard from a slow start in race two Ryan made fourth place his own by the end of the second lap but, despite numerous brave attempts, his efforts to advance further were foiled and he completed a fast quartet to the finish as less than five seconds separated the first four at the chequered flag. He retains fourth in the points standings as the series moves to Europe for the first time this year at Arco di Trento in northern Italy on April 18/19.

KRT teammate Tyla Rattray battled bravely to seventeenth and twentieth placing; a chest infection and a course of antibiotics had severely restricted his training opportunities since the last GP three weeks previously in Thailand. The South African is now fourteenth in the standings.

Ryan Villopoto: “This weekend was OK; it’s not exactly what we wanted but we were able to improve in the second moto and to be right up there with those guys was good, but we still need to find a little more, and definitively to improve our starts. It was tough without a good start, I was able to salvage and get up there and come with them in the front, but Max was riding really well, and so were Toni and Clement. To pass all those guys would have been hard but I think that if I had a little more speed I would have been able to make a little more happen. Once again I’d like to stop saying that but I need to get used to the format of the GP, and we’ll do some more work with the team and hopefully be better in Italy.”

Tyla Rattray: “It was definitively a tough weekend for me; after Thailand I got a really bad chest infection and I had to go to visit the doctors and take antibiotics; I only rode my bike twice before flying here in Argentina. It was good to come here and race even if you need your lungs when racing I had some trouble to breathe here. Now we’ve two weekends off and I will work to come back 100% healthy for the next round in Italy. We didn’t got the result we want, but we’ll be ready for Italy.”