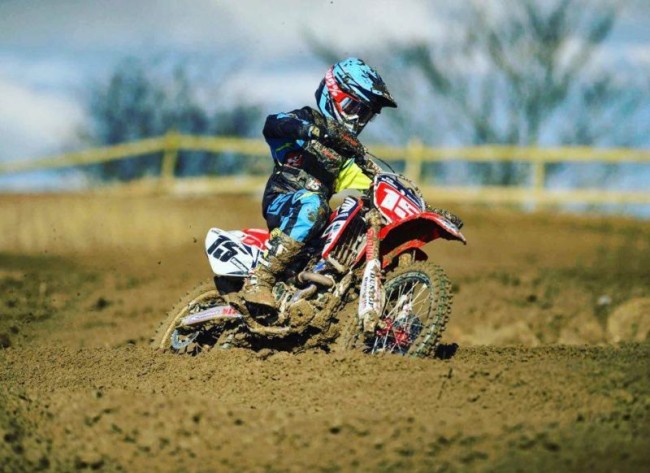 This marks the fourth year of the EMX150 championship which is a fantastic opportunity for the kids to race on the same weekend and tracks as the GP stars whilst getting a bike supplied and a free entry. This is the third year in a row that we will have a rider from Northern Ireland representing us in the class.

Ryan Mawhinney will follow in Cailum Meara and David Robson’s footsteps by taking part in the complete EMX150 championship. The thirteen year old from Dundonald won’t have it easy as the class gets more competitive every single year and Emil Weckman will be back to defend his title.

This weekend is the first round of the series which is being held in Germany, Teutschenthal. The series also hits Great Britain (Matterley Basin), Belgium (Lommel), Switzerland (Gachnang) and The Netherlands(Assen).

Good luck to Ryan, hopefully he can push for some top ten results and do our country proud!

Ryan Mawhinney – “This year we have decided to do the EMX150, since I switched from the 85cc to the 150 mid season last year I feel that the 150 is the right choice for me. I see this as one of the best opportunity in the youth for developing my skills and experiencing the GP Paddock with all the pro riders and youth riders of the future. I’m competing this year, I hope to take as much experience from the championship as I can as I have another year left in the youth and hope to return to the Emx in 2017 again.

I would like to take this opportunity to thanks Graham Ross for all the support and advice on moving to the Honda 150, along with Russell Motorcycles for there help, Dale at Milwaukee, KareKabs, Imperial cars, EHA Group, Phonetics, Signs & Graphics, Millreagh Motors, Comber tyre service, Hardcore Racing, PLR suspension and most of all my Mum and Dad.”