Rumour: Where could Strijbos and Guillod be heading in 2018? 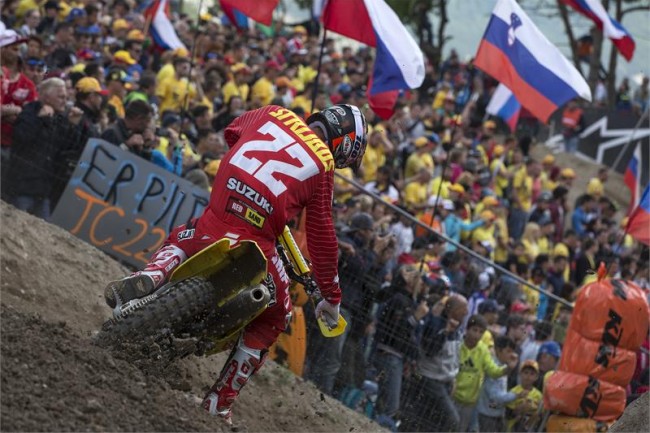 If rumours are to be believed in the MXGP paddock then it seems like Kevin Strijbos and Valentin Guillod have got their futures sorted out for the 2018 season.

Where could they be heading? Well, according to rumours they will both join the Standing Construct KTM team that makes a comeback next year. The team have been in the GP paddock before but as an MX2 team. However, they’ve made the decision to focus on the MXGP World Championship next year.

Guillod of course has been with the team before when they ran KTM’s and Yamaha’s. He had a good time with the team getting GP podiums and wins too. The Swiss rider had to make the move to the MXGP class in 2015 as a rookie and finished ninth in the series. After switching to the Assomotor Honda team this year it hasn’t been a great season especially after suffering from injuries but the Swiss rider still has a lot of potential.

As for Strijbos he has also suffered from his fair share of injuries but has ended the season on a high. With a solid winter behind him he could be strong. The last time he left the Suzuki outfit he had a great season with the Hitachi KTM team.