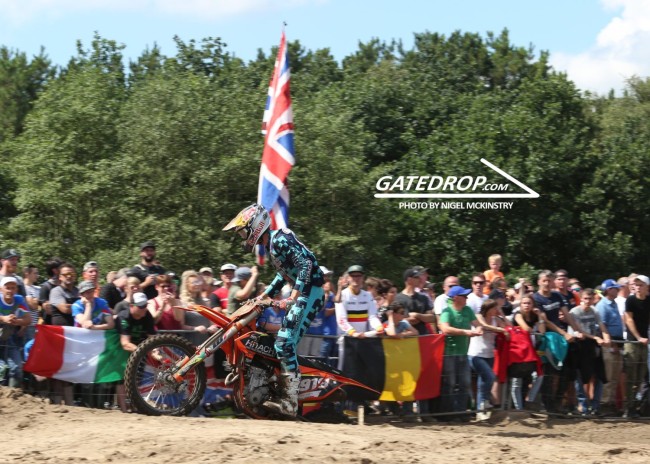 The Kemea Yamaha outfit have already announced the signing of Jago Geerts that we previously reported. During the MXGP of Lommel we heard he wouldn’t be the only signing the team would make as according to reports Ben Watson will join the team for the 2018 season.

Watson has been with the Hitachi KTM UK squad this year and has started to put in some good rides. He confirmed to us earlier in the year that his deal with the team runs out at the end of the year.

“I’ve got the rest of this year and then another three years so I am still quite young in the class. To be honest that is quite a big thing for a lot of the teams. They want an up and coming rider that they can work with and obviously make better. I’m open to anything, I’m not in any contracts at the end of this year.”.

It would be a good signing for the Kemea team as after this year Watson still has three years left to compete in the MX2 World Championship series and it will be good to see what he can do with a factory engine.

It remains to be seen if Alvin Ostlund or Brent Van Doninck will be the third rider of the team but it’s thought that both riders have contracts with Yamaha.