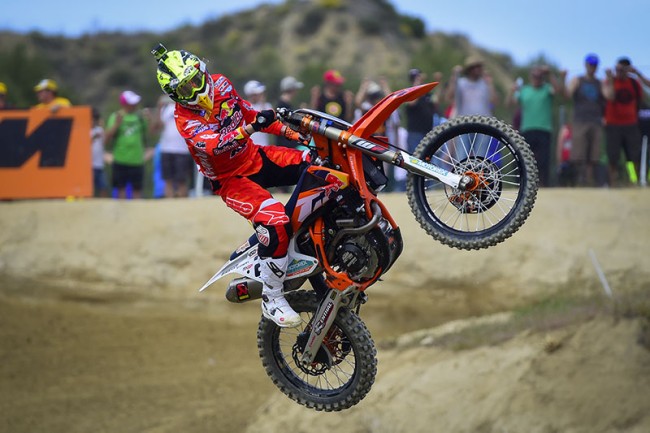 Valentin Guillod had signed to ride his rookie year in MXGP with Standing Construct for next year. However, both parties decided to split ways a few weeks ago. Valentin and Standing Construct both broke the contract they had, but Valentin still has a contract with Yamaha for the 2016 season.

Yamaha clearly don’t want to lose a talented rider like Valentin. They could have put him in the factory awning as a third rider along side Romain and Jeremy but it is thought that Romain did not want him as a team mate.

It is thought that Yamaha have came up with a solution and they will put him in the Kemea awning next year with a factory bike. Kemea will make room for him as Alvin Östlund, who was supposed to contest the EMX250 championship for Kemea, will move to the DP19 Yamaha squad.

Don’t be surprised to see this news becoming official in the near future!