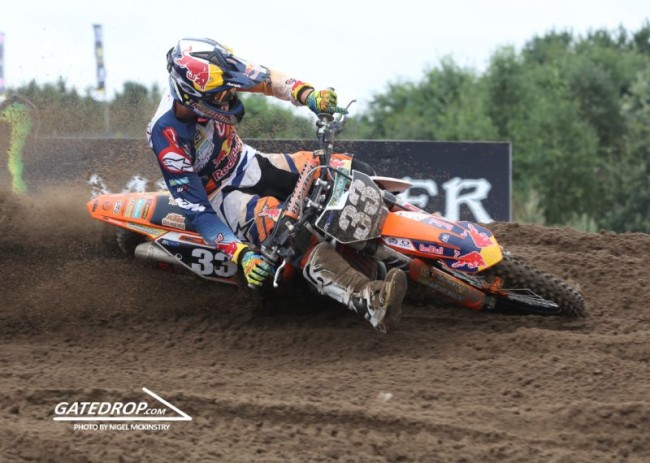 We have already reported rumours that Roger Magee’s team looks set to be switching from Husqvarna back to KTM machinery for the 2017 season. With STR KTM disappearing from the paddock the team is expected to be the main KTM team in the UK again.

The latest rumours regarding the team is that Josiah Natzke could be on the verge of joining. Natzte, competed in his rookie year in his EMX250 championship and it didn’t go quite as planned, he finished down in thirteenth in the championship. However, he improved massively at the last three rounds and even got himself on the podium.

The New Zealander signed a five year deal with the Junior KTM team but if rumours are to be believed that could be coming to an end after just two years. He could be set to a switch to Roger Magee’s outfit for the approaching season.

If the move does end up happening he will join Ben Watson in the awning, it’s not yet clear if Natzke will make the jump to the MX2 World Championship or stay in the EMX250 championship another year. The later would make the most sense.

If the move does go ahead it would be cool to see another top rider compete in the British Championship. We already have Darian Sanayei, Vsevolod Brylyakov (if he gets visa problems sorted), Ben Watson, Martin Barr and Steven Clarke which will provide some great racing in the British MX2 series next year – Natzke will only add to that.