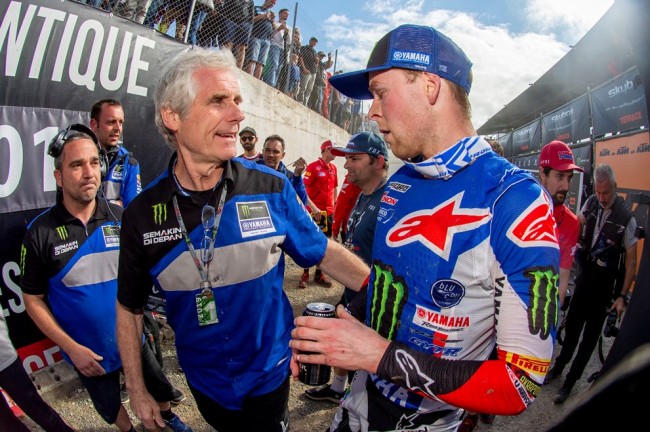 After retiring from the sport, Rinaldi stayed in the Motocross paddock as a team manager running the Suzuki and Yamaha factory teams.

For the past 27 years Rinaldi has been running the Factory Yamaha team and has had a lot of success running the team. During his time as team manager he’s won a number of World Championship titles with Andrea Bartolini (1999), Stefan Everts (2001-2006), David Philippaerts (2008) and Romain Febvre (2015).

However, according to rumours in the paddock, the 60 year old’s time as running the Factory Yamaha team could be coming to an end. It’s thought that Wilvo Yamaha who are a relatively new team in the paddock will be the new factory setup in 2020.

Louis Vosters runs the team at Wilvo Yamaha and have been very professional as a satellite team but things could be about to go to the next level.

This news might not be the best for Jeremy Seewer as he jumped ship from the Wilvo Yamaha team to the factory team this year.

Interestingly, all Yamaha current MXGP riders – Arnaud Tonus, Gautier Paulin, Romain Febvre and Jeremy Seewer contracts are all up at the end of the season so Yamaha have some difficult decisions to make. It’s thought that Febvre is a very wanted man in the paddock with up to three manufacturers (including Yamaha) interested in him.

If this does materialise it remains to be seen if there will only be two Yamaha factory seats in MXGP in 2020 or if another team currently blue will step up and run the satellite force similar to what Wilvo have been doing the past two seasons.

It’s rumoured that even though Rinaldi won’t be the factory team in 2020 he could still tune engines for Wilvo Yamaha in what would be a different challenge.

It’s still early days but when we hear more developments regarding this story we will bring them to you.