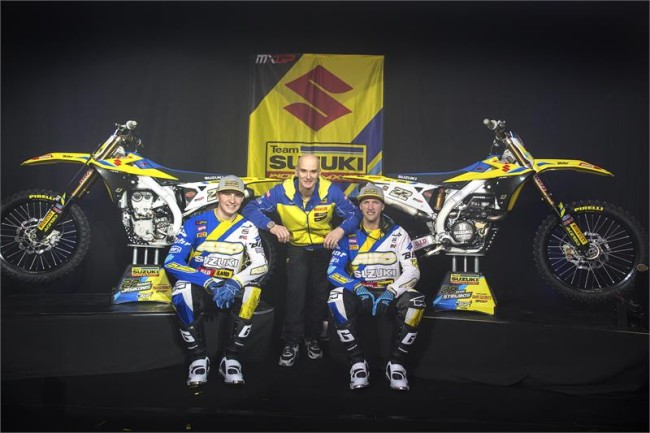 We are hearing shocking news from several sources that Suzuki will not have a factory team in MXGP next season as well as no MX2 team.

It would be a devastating blow for Stefan Everts who has put so much work into the team over the last two years and leaves next season’s Suzuki MXGP riders Jeremy Seewer and Arminas Jasikonis, who had both been signed to ride the 450 next season, high and dry.

It is all the more surprising as Suzuki have developed a new 450 machine that was even raced in MXGP this year, in what would be a bewildering decision by the Japanese factory.

After Kawasaki pulling out of MX2 and Suzuki potentially pulling out of both MX2 and MXGP, it leaves series promoter Youthstream with a bit of a headache, just when MXGP was looking very strong in recent seasons.

Michael Lindsay of Vital MX is also reporting that Suzuki may not even have a factory team in their own Japanese National motocross championship in 2018.

And with RCH Suzuki closing it’s doors in US racing, leaving JGR MX as their sole representative in the USA, it looks like Suzuki Japan are not pushing their motocross side on a global level or national level in 2018.