Rumour: Horgmo searching for a ride in 2021? 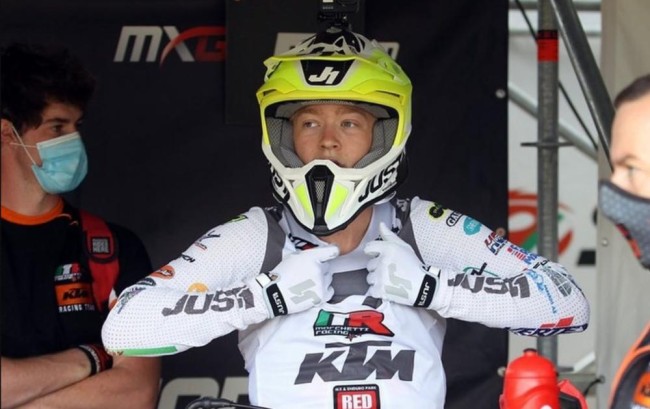 Young Norwegian talent, Kevin Horgmo is a rookie in the MX2 World Championship this year and despite a tough start to the season has been improving as the season progresses.

Horgmo sits eighteenth in the MX2 World Championship standings but will have learnt a lot during his rookie year and will be hoping for a better season in 2021.

Currently with the Marchetti KTM team, rumours suggest that Horgmo won’t be staying with them beyond the 2020 season and is on the look out for a ride. With the right team behind him he could be one to watch.

As for the Marchetti KTM team it looks like there will be plenty of rider changes for the team heading into 2021. With Horgmo likely to leave the team, it’s already been announced that Twan van Essen has signed with TBS conversions KTM. Dutch talent, Brian Bogers has also been linked with a move away from the team.

We will have to wait and hear what the future holds for both Kevin Horgmo and the Marchetti KTM team.