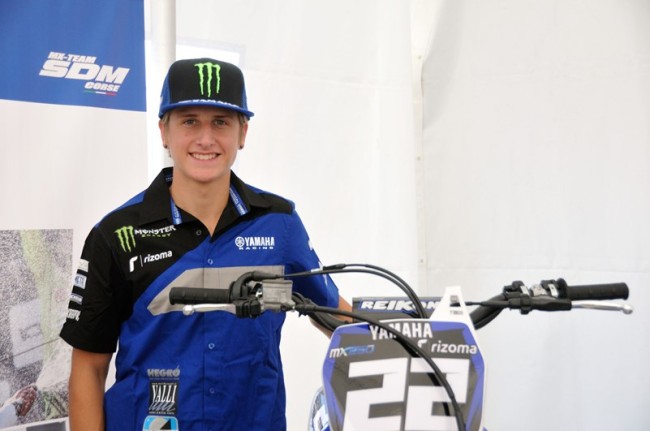 Young Italian rider, Gianluca Facchetti clearly has a lot of sheer speed and talent. However, back in 2015 he was involved in a serious car crash and it still bothers him to this day.

This year, Facchetti contested the EMX250 championship and finished tenth in the series but ran at the front on numerous occasions.

It’s thought that the 20-year-old has a new challenge for the 2021 season as rumours are that he’s secured a ride in the MX2 World Championship. According to reliable sources, we’ve been told that Facchetti has inked a deal with the Assomotor Honda team for the 2021 season.

With Alvin Ostlund requiring to make the move to MXGP due to the under 23 age rule, the Italian team were on the lookout for his replacement rider in MX2 and it’s believed they’ve chosen Facchetti.

Herjan Brakke who is the rider coach at the Hutten Metaal Yamaha team worked with Facchetti this year and told us the car accident he was involved in still has an impact in his life.

“Gianluca showed some incredible speed and also some good moto’s, this makes me happy. He was a bit unlucky with some DNF’s and also the physical condition of Gianluca isn’t easy to control, which made it difficult in some moto’s. This accident still has an impact on his live, this makes it difficult for him some days, anyway he is working hard”, Brakke told us.

If Facchetti can improve his physical condition, then he has the speed to surprise in the MX2 World Championship. You don’t win a 125cc World championship without talent!