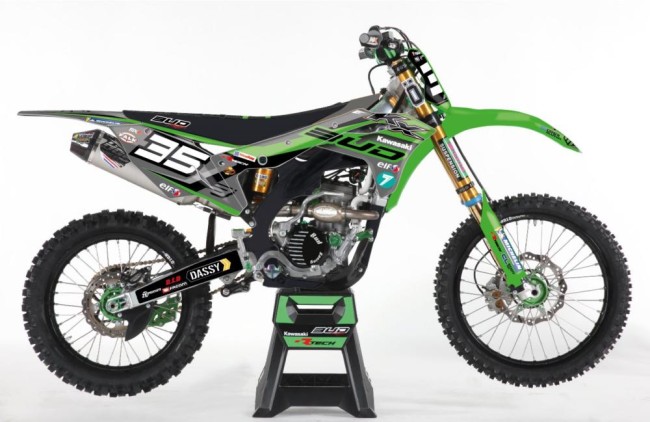 Young Norwegian talent, Håkon Fredriksen has been somewhat of a revelation in the EMX250 championship this year after being drafted into the SM-Action Yamaha team as a replacement rider.

Despite missing the first round of the series through injury, Fredriksen has had multiple podium finishes and now sits an impressive fourth in the championship.

Rumours suggest that Fredriksen could be about to go green in the 2021 season with the BUD Kawasaki Racing team interested in his signing. MXMag.be have reported the news and we also heard from a reliable source that it’s a real option for Fredriksen.

The BUD Racing team currently have Pierre Goupillon and Lorenzo Locurcio contesting the EMX250 series with Locurcio aging out of the class at the end of the season.

Fredriksen would be a great signing for the team and is expected to be an EMX250 title challenger for the 2021 season.

It’s thought that the SM-Action Yamaha team may focus on the World Championship for 2021 and beyond.

We will continue to bring you more news as and when we hear it.