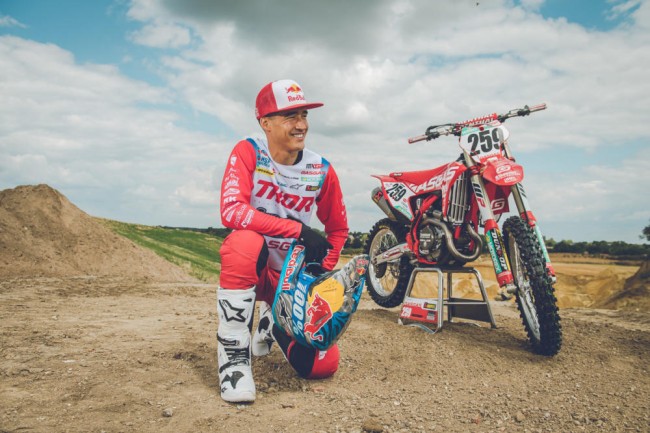 There’s usually a lot more rumours by the time it hits August but this year with so much uncertainty in the world there’s been less silly season rumours as there would be during a normal season. However, we believe that Glenn Coldenhoff will be on the move for the 2021 MXGP World Championship season.

We believe that Coldenhoff will be leaving the Standing Construct Factory GasGas team and heading to the Factory Yamaha team ran by Louis Vosters.

Coldenhoff is very happy with how things are going with the Factory GasGas team and has a fantastic relationship with the team but sometimes you get an offer which you just can’t turn down. With his GasGas contract out at the end of the season it looks as though Yamaha have taken advantage of this.

Vosters was recently asked about his interest in Coldenhoff and whilst he didn’t confirm the move, he didn’t hide the fact he’d love the chance to work with a talented Dutch rider.

“Secretly that would be very nice, yes, I admit that. I personally would like that very much. The right riders must be available and Yamaha must see it also. He (Coldenhoff), is indeed available but I don’t know”, the boss told Motorsport.com.

The team currently run three MXGP riders in the form of Seewer, Paulin and Tonus with only Seewer having a contract beyond 2020 leaving uncertain futures for Paulin and Tonus.

A decision hasn’t yet been made whether the team will stick with a three rider line up but it’s thought to be unlikely at this stage although the final decision will be up to Yamaha. “That’s basically up to Yamaha but we are always ready to run three riders, technically and in terms of logistics, although two works fine for me as well”, concluded Vosters.

Silly season to be continued..