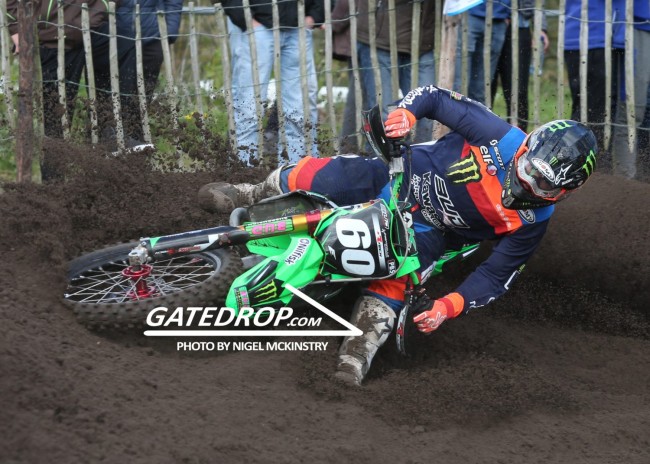 The SDM Corse Yamaha outfit are expected to have a strong team to take on the 2018 EMX250 series. One thing for certain is that the talented Roan Van de Moosdijk will stay with the team next year. The Dutch rider will be hoping to stay fit throughout the off-season for a strong winter, something he didn’t have last year due to injury. Van de Moosdijk can definitely run at the front in the competitive class.

The rumours are that American, Tristan Charboneau and Italian, Nicholas Lapucci will be joining the team for the 2018 season.

Charboneau was a rookie in the EMX250 series this year as he signed with the BUD Kawasaki team. He had a difficult start to the season but got much better as the season progressed and ended up fifth in the series, he is expected to challenge for the title in 2018.

Italian rider, Lapucci has been with a number of teams during the past couple of years and it’s thought he will now switch to the SDM Corse Yamaha team. He will also be hoping to challenge for the title.

Nothing is official yet but we will continue to keep you updated. If Charboneau and Lapucci do end up joining the team it means Karlis Sabulis and Maxime Renaux will be looking rides elsewhere.