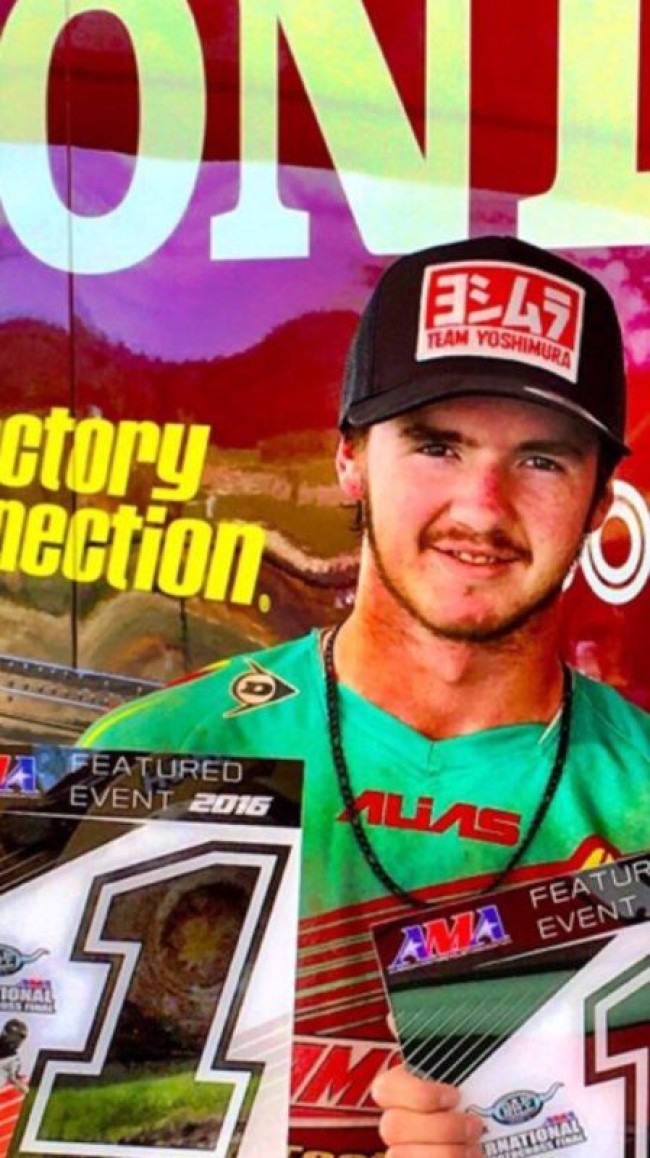 We are hearing reports that BUD Kawasaki are close to signing a top American in Tristian Charboneau for the 2017 season. The team just missed out on the EMX250 title this year as Darian Sanayei ended up second in the series as Thomas Kjer Olsen pipped him to the title.

Unfortunately, Kim Savaste got injured at the Motocross Des Nations and it now seems like the team have turned to America to sign Charboneau and he will definitely be at the front end of the EMX250 championship.

There is no doubting that Charboneau has the speed to compete in the MX2 World Championship but the EMX250 championship means he will get a year to gain track knowledge and get used to surroundings in France.

The 2016 season was Tristan’s rookie year in the AMA Motocross championship with Geico Honda but he unfortunately got injured which ruined his season. It’s quite surprising that Geico have decided to let him go as he is a rider with good potential for the future.