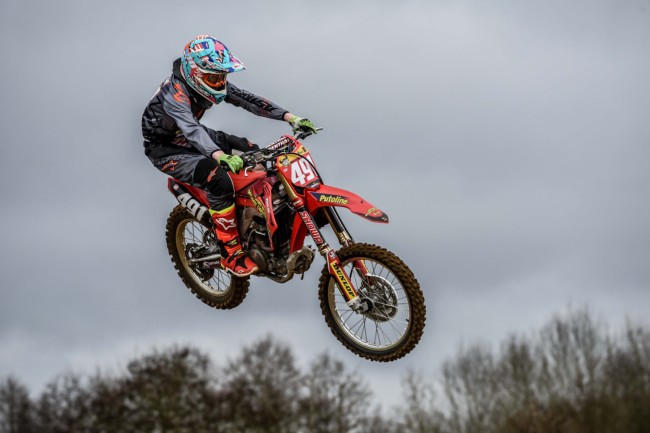 RHL Activities are pleased to announce that following dialogue with the ACU Motocross Committee who have agreed that 250cc two-stroke and 250cc four-stroke machines will be allowed to compete together in all ACU events with the exception of the Maxxis ACU British Motocross Championship.

RHL Activities have decided to take advantage of this ruling and include the new class parameters within the newly resurrected Steve Benton Transport British Under 21 Championship for 2018.

The ACU Motocross Committee recently decided that after much research and discussion with both industry, teams, promoters and foreign federations to make these changes to the MX1 and MX2 specifications for the 2018 season.

In addition, the opportunity to ride both two-stroke or four-stroke machinery gives further options for riders looking to compete at these events.

This new ruling falls in line with the changes made within the EMX250 series for 2017, where both 250cc two-stroke and four-stroke machines were allowed to compete together in the same class.

Following several years of absence from the calendar, 2018 will see the re-introduction of the Steve Benton Transport British Under 21 Championship as part of the Judd British Youth National Championship.

Organiser of the Judd British Youth National Championship and hosts of the re-introduced Under 21 championship, RHL Activities, is committed to providing the very best stepping stone to support the futures of young talent in the UK as they make that progression through the ranks.

Steve McCauley, Chairman of the ACU Motocross Committee commented, “The ACU Motocross Committee have been in consultation with multiple parties over the potential introduction of revised MX1 and MX2 capacity changes for 2018 for many months now. After much discussion and feedback from Teams and Industry it was decided not to go carte blanche with this change. As a Committee we will always factor in important feedback from our championship partners and never bring changes in on a knee jerk reaction. Therefore we decided to introduce this into the MX standing regulations, which allows organisers to take advantage at all levels apart from the Maxxis ACU British Motocross Championship. By doing this we feel we are moving forward but also in a controlled and correct format. This option means we can allow flexibility and diversity whilst monitoring these changes in order to plan for 2019.
As our relationship with RHL Activities continues to strengthen and they deliver a first class Youth series on our behalf, we were more than happy to discuss with Gareth ways in which we could further enhance their and ultimately our Youth Championship, hence the idea came about to resurrect the dormant British Under 21 Championship, we both felt that there was a gap for some riders progressing from MXY2 who would benefit from a solid series they could compete in before making the jump up to the full British MX2 Championship.
This new Championship will also be an excellent proving ground to observe the changes”

Gareth Hockey, Director of RHL Activities comments “Myself and the RHL Activities team are pleased to bring 250 two and four stroke racing into the Judd British Youth National Championship for 2018, following numerous conversations with Steve and the ACU MX Committee. With this change, we will be completely in line with the European 250 Championship, where we expect a lot of our riders will be looking to progress to. We believe it’s important to have strong stepping stones for riders to keep progressing in their careers, and the re-introduction of the British Under 21 Championship certainly provides that.”

The opening round of the Judd British Youth National Championship will be held at Culham on 30th& 31stMarch.