Rounds 3 and 4 of the ACU Michelin enduro championship found itself at the fantastic Hafren enduro this weekend. 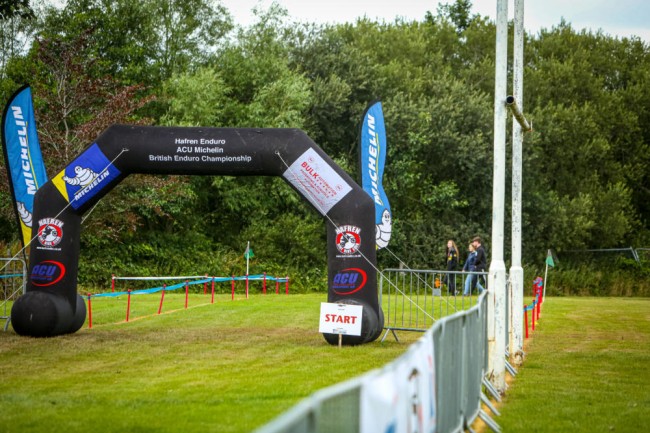 Rounds 3 and 4 of the ACU Michelin enduro championship found itself at the fantastic Hafren enduro this weekend. Made up of 2 different special tests and long days on the bike, it really was a test of physical condition and bike maintenance. Being consistent and riding smart to make the check times was as important as ever.

Joe Wooten really delivered this weekend in the championship class taking both day wins by over 40seconds. he really looked at home on the slippery grass test where he pulled most of his time. returning from injury Daniel Mundell put 2 solid days together to take a pair of 2nd places. The battle for 3rd position was really tight, Joshua Gotts took the last spot on the podium on day one. Round1 and 2 winner Tom sagar managed to just squeeze our David knight for 3rd of day two.

The expert category provided some tight racing also, with Harry houghton taking day 1 honours, just ahead of Harry hilliar rees and day 2 winner jack Rowland. Day 2 went down too the wire where Jack managed too take the win on the very last test away from Harry houghton. Alfie Webb had a solid 3rd on day two.

The clubman class once again had Jacob roper ahead of the field on day 1, but roper could only manage a 3rd on day 2. He was pushed by Jacob James and crowd favourite Ethan pugh on day one. Day 2 was a different story with ash Jones taking the win and rheinallt Davies taking second.

Paul herbert took honours on both days in the over 40s this weekend after a close battle with John shirt and Andrew edwards exchanging positions on each day.

The over 50s was dominated by mark jackson, taking a the win by a nice gap both days. Jason Rees took a 5th on day one and a fantastic 2nd on day 2, Russel Millard took a 2nd and a 4th. And Karl greenall took a 4th and a 3rd. So some fantastic racing in the class.