Roczen wants to do USGP and MXON!? 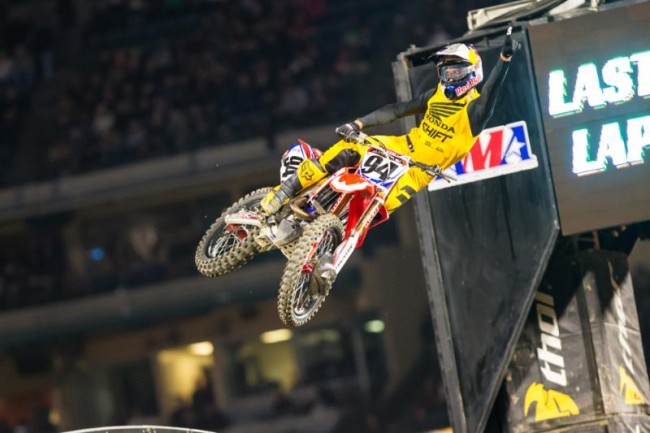 In an interesting interview by Jason Weigandt with Honda team manager Dan Betley on Racer X, it appears Ken Roczen’s rehab is going extremely well and the talented German is even wanting to race the USGP and the MXON!

Betley said: “If you ask Kenny, he’s doing Motocross of Nations! Probably he’s thinking of doing the USGP, but we’re like, slow it down. Let’s be smart about this.”

With Roczen’s natural talent on a bike and his positive attitude, it is great to see he wants to come back this early but whether it will transpire with Honda understandably wanting to make sure their main man is 100% recovered for supercross in 2018 remains to be seen.

But either way it is great that Ken is feeling so good already and it takes the 2018 supercross season excitement up a notch already with the thought of a fully fit Roczen on the line!