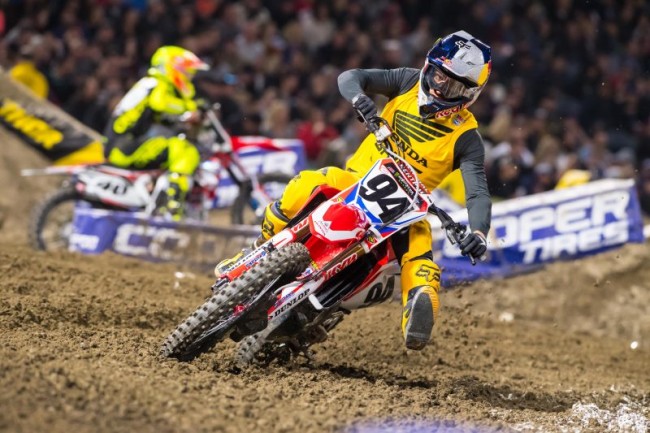 Matterley Basin might finally see the two greatest talents of their generation race each other for the first time since 2012!

Ken Roczen confirmed via a video message during the Dortmund supercross that he plans on racing the 2017 MXON for Germany at Matterley Basin. It brings the mouth-watering prospects of a re-match with Jeffrey Herlings and the first time they race each other on big bikes.

And then, when you add in reigning world champ Tim Gajser who dominated at Matterley last year, Romain Febvre and of course Cairoli, who loves that track too, it has the potential to be an amazing weekend!

It’s great news for the event already, so lets hope they all stay healthy and on form to create what should be a fantastic race!

Herlings v Roczen could be the story of the 2017 MXON Pic: KTM